Who doesn’t love those soft, buttery and oh-so-delicious French toast sticks you get in school cafeterias? As good as they are, they aren’t exactly the healthiest of lunch options. Instead of taking them off the menu entirely, we gave them a fresh, healthy makeover! 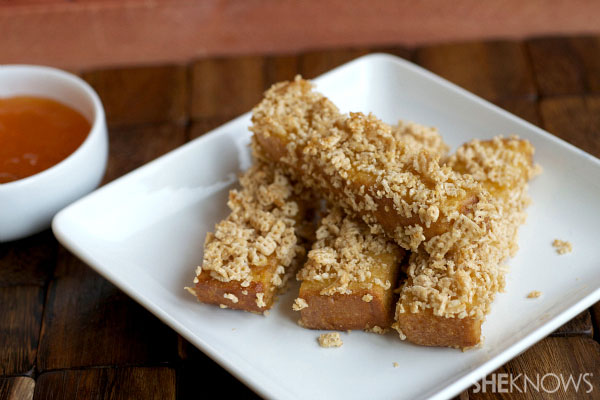 These whole-wheat French toast sticks taste like the ones you grew up on, just with a much healthier, crunchier flair! We topped ours with Chex cereal for a fun added crunch. We also paired them with a batch of homemade orange marmalade, perfect for dipping!

For the French toast: