What were on the minds and Twitter feeds of some of our favorite celebrity moms this week? Kristin Cavallari posts wedding pictures after her “secret” Nashville wedding to Jay Cutler, while Giuliana Rancic tweets about her hubby Bill Rancic’s first Father’s Day. Holly Madison shares adorable pics of her daughter Rainbow, while pregnant Jamie-Lynn Sigler prepares for motherhood. 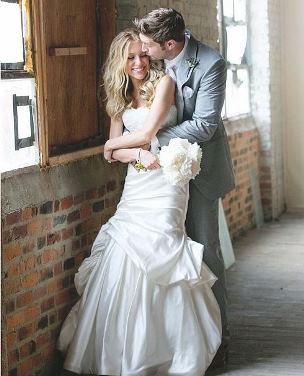 “I’m officially Kristin Elizabeth Cutler!!!!!” tweeted the reality star formally known as Kristin Cavallari on June 7, with this gorgeous wedding photo of her and her new husband, Jay Cutler, on their wedding day.

Cavallari wore a Monique Lhuillier gown and Chinese Laundry shoes that she designed herself.

“I designed my own wedding shoe and u can order it here,” she later tweeted, with a link to her $129.95 “Love” heels that feature an ankle strap and metal toe.

The couple’s 10-month-old son, Camden, was the ring bearer during the wedding ceremony, which took place in Nashville.

A small group of friends and family were at the ceremony; however her Laguna Beach co-stars, including Audrina Patridge, Heidi Montag and Lauren Conrad, were not in attendance.

“So thankful for this little guy. He is the light of my life,” she tweeted, with this adorable photo of her baby boy. 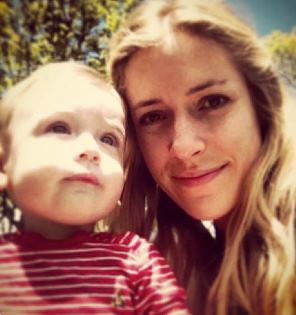 ”First Father’s Day for @BillRancic! Looking at @TheSharperImage site. Can’t decide what to get. Any ideas pleeease!?” tweeted Giuliana Rancic.

Giuliana and her husband Bill have a 9-month-old son together named Duke, who was born via gestational surrogate. Giuliana struggled with infertility after failing to get pregnant after several IVF attempts, as well as recovering from breast cancer.

“My thoughts on @DukeRancic dating when he’s older. Moms, do u feel me?” Giuliana tweeted, with a link to a video of her talking about her son.

“I would like him not to date unless he is 30,” she jokes on the video. “Duke is on Twitter. He has thousands of followers on Twitter. He has lots of lady friends chasing him. I have had many moms tweet me and say, ’What about my daughter for Duke? Can we prearrange a marriage?’ And I’m like… creepy!” 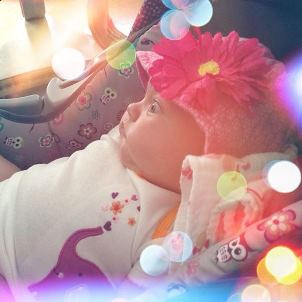 “My little one turned 3 months old yesterday! Best 3 months of my life!” Holly Madison tweeted, with this adorable photo of her daughter Rainbow.

“Can you tell Rainbow had fun at her first Gymboree class? Lol” she later tweeted, posting pictures of the smiling baby.

“Swaddle cloths are great for so many things,” tweeted the former Playboy model, with a link to her website.

“Swaddling your baby, of course, but I also carry them in my car and diaper bag to use as light blankets, to drape over carseat/carriers when bringing Rainbow out in bright sunlight, and also to lay on public changing tables to keep her off of the germs,” she continued. “These need washed after every use, so having plenty on hand is a big help!” 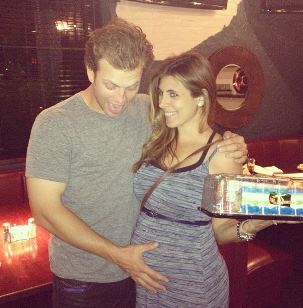 “Great ending to my bday w/ 3 of my fav things. @cutter_dykstra, #whitecake, and my future baby boy,” tweeted actress Jamie-Lynn Sigler, who is pregnant with her first child with her boyfriend Cutter Dykstra.

“I swear I just felt my baby high five me in my belly. Best feeling ever! Now I will be obsessed with repeating this instead of candy crush,” she later wrote.

It sounds like Sigler is having some difficulty mixing exercise with pregnancy. “Note to self, DO NOT try new butt exercises while pregnant. The soreness plus this big belly = immobility,” she tweeted.

“Off to my nephews preschool graduation, then to my NY baby shower that helps benefit @LoveRecycled! Thank goodness for no rain,” she wrote.