Despite my pleas and arguments to the contrary, my children — especially my 6-year-old daughter —inform me that nothing and nobody is perfect. While that may very well be true, Sunday, June 2, 2013 came close. 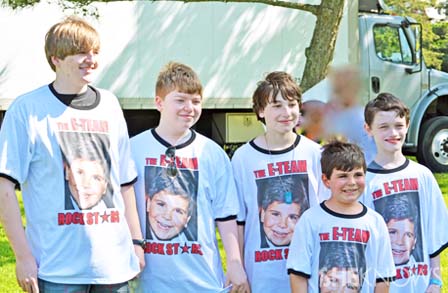 The sky was blue as far as the eye could see with nary a cloud to be seen. The temperature was a slightly-too-warm-but-not-too-humid 85 degrees. The surroundings were elegant yet bucolic in what was a self-contained hamlet within the large city of White Plains, New York.

There were 15,000 men, women and children of all ages, all in various states of being: Bold or timid; excited or concerned; confident or apprehensive; but for all those varied emotions, not one person of the 15,000+ was apathetic, removed, indifferent or dispirited. How could they be? The cause that united us was too great, too powerful, too important.

The cause was autism (of course), and the event was the 12th annual Walk Now for Autism Speaks Westchester County, NY/Fairfield County, Connecticut. NewYork-Presbyterian Hospital/Westchester Division, the Walk’s host, officially opens its doors to the Center for Autism and the Developing Brain on the Westchester Division campus this month.*

Of the 15,000+ attendees, The E-Team, eponymously named for my 7-year-old son Ethan on the autism spectrum, claimed 50 of them as its own. Among them Ethan’s teachers, paraprofessionals, school therapists/executives, private therapists, family members, new friends and lifelong friends, all of whom bring their children, Michael’s business associates, Ethan’s public elementary school friends (who fielded their own team), and most tellingly, four of Ethan’s School of Rock Fairfield, Connecticut bandmates who range in age from 12-15 — all neurologically typical — and their parents, accompanied and walked with them/us, as a show of solidarity not only for Ethan and autism, but also, I believe, out of respect for Michael and me. As is E-Team custom, every E-Team walker donned identical custom-made white, red and black shirts that read “The E-TEAM Rock Stars” with the School of Rock logo on the back. 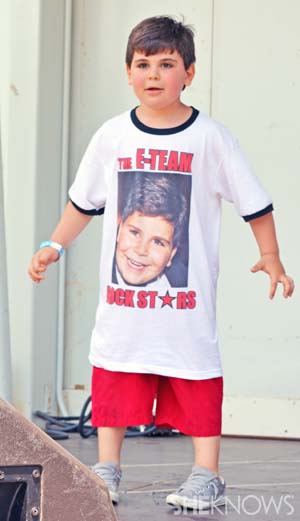 The Walk Now for Autism Speaks event runs with military precision, thanks to the colossal efforts of Christie Godowski and Virginia “Ginny” Connell, Autism Speaks’ Long Island executive director, and Long Island director, field development, respectively. The one glitch was that Ethan, who had played solo at three prior walks, was now scheduled to play keyboards with his School of Rock band. The problem wasn’t that he was no longer a one-man-show — he respects and reveres his School of Rock bandmates, and blessedly vice-versa — it was a combination of the heat and song order that bothered him.

The irony of Ethan’s potential meltdown wasn’t lost on me. If Ethan was going to have a meltdown, what better place than an Autism Speaks event, dam*it? No one would have batted an eye if any child threw a tantrum; we’ve all been there, done that, bought the Xanax. Plus, with so many of Ethan’s teachers and therapists in attendance, surely if Michael or I couldn’t “talk him down,” one of them surely could. In the end, crisis averted. Nothing some cold water, salty pretzels and a change of song order couldn’t fix. Ethan insisted that the Surfari’s “Wipe Out,” the beat-driven 1960s song with the funny laugh introduction be last, so the crowd could dance. (And dance, they did.)

The event (the one-hour stage presentation which leads up to the ceremonial ribbon cutting that begins the walk) began as it always does, with two DJs from a local radio station as Masters of Ceremony. The DJs insisted that Ethan and his fellow bandmates take their places on the stage to add some excitement and anticipation to their performance. 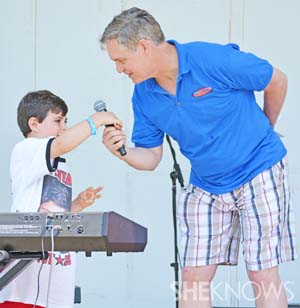 As autism advocates and politicians spoke about the importance of Autism Speaks and the annual walk, I quietly walked around to thank my guests, when I suddenly heard the DJ say, “Ethan, did you want to introduce some of your… ” Literally, before the DJ could say another word, Ethan grabbed the microphone and said, “Yeah. Um… ” After a few more ums, Michael (who was on the stage), and I (from the ground), stared at each other with our unspoken “holy-[manure]-what-is-going-to-happen-now” look, not knowing if Ethan’s introduction would end well, or more accurately, end at all.

Then, perfection happened. Our little guy, who not three years ago at the same Autism Speaks Walk was so unsure of himself… so socially awkward yet still sang a haunting rendition of John Lennon’s iconic “Imagine”… was now in full command of the stage and more than 15,000 people in the crowd. Ethan continued, “I’m going to really introduce ‘my band.’” With confidence and enthusiasm and pride, Ethan pointed (a skill he had to be taught) at each member and began, “Please welcome Mike (Chapin) on drums! On vocals, Andrew (Wasserman)! On the bass, Kevin (O’Malley)! And the guitar, Jake (Greenwald)! And, I’m Ethan Walmark, and I’m playing the keyboard!”

So overcome with the emotion at the sight of my son on stage — the youngest band member by five years — so happy, so in control of his body, his language, his mind, and so completely appropriate in thought, word and deed. Being surrounded by so many people who made this moment possible, and feeling enveloped by the unconditional love of friends and family, I burst into heaving, uncontrollable sobs. (Looks like I picked the wrong week to stop wearing waterproof mascara… ) 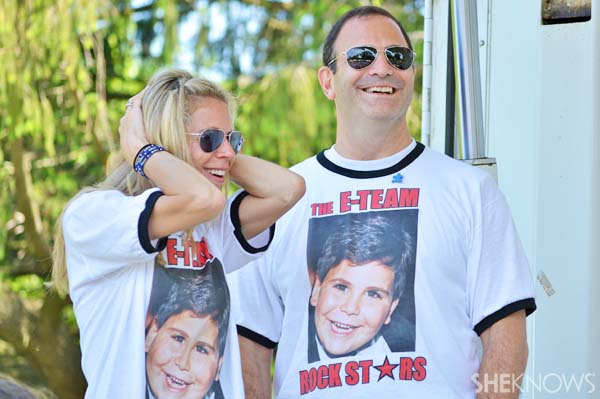 In what could be termed poetic justice, standing to my right was Shari Goldstein, Ethan’s private speech therapist who has been with Ethan since he was age 2; a constant in Ethan’s life who literally helped him find his voice. To my left was Susan Panetta, one of my dearest friends with whom I’ve shared the best of times and worst of times together. Sue, who always knows exactly the right thing to say and do… said nothing. She just simply wrapped her arms around me and allowed me to savor this special moment, all alone, yet surrounded by 15,000 people.

After several minutes, I was composed enough to hug, kiss and thank everyone with an E-Team shirt, whether they wanted me to or not. (Unlike my son, who sometimes has minor difficulty reading social cues, I can actually read social cues, but choose to ignore them. On an almost daily basis.)

Fifty people, united in support for The E-Team and autism, could physically see and hear the progress my son has achieved, all because of their heroic, tireless efforts. The most beautiful thing for me however, was that one 7-year-old boy, one child who had difficulty with sentences and eye contact and body control just four years ago, now gave the other 14,950 people — mothers and fathers, grandfathers and grandmothers, sisters and brothers, and aunts and uncles with family members on the autism spectrum — hope. And, if that’s not something to sing about, I don’t know what is. 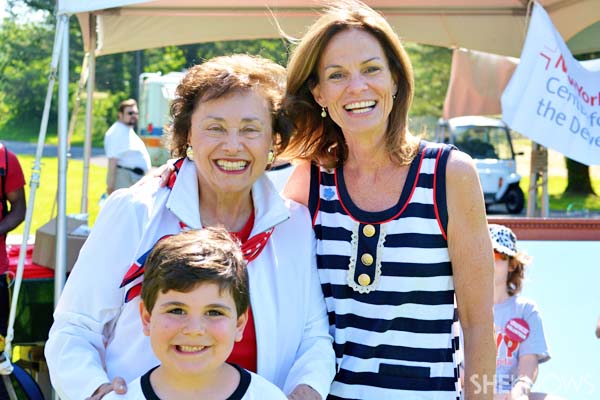