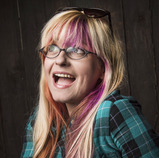 It’s safe to say that Marilyn Monroe was before her time. She was born in 1926, but many of the words she spoke back in her heyday in the ’50s and ’60s still ring true today.

Even though there’s some controversy over whether or not Monroe actually said all the quotes floating around on the internet that are credited to her, we’re reading the words often attributed to the actress in honor of what would have been her 91st birthday on June 1, 2017.

6 mins ago
by Olivia Harvey