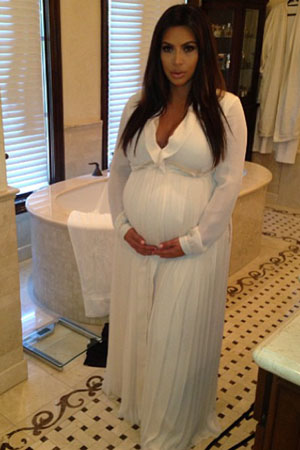 As for Kim? She struck an ethereal pose in a flowy Lanvin gown.

It seems like Kim has finally found the “sweet spot” when it comes to her pregnancy style. The 32-year-old reality star has faced relentless criticism over her fashion choices — so much that her sister, Khloé Kardashian, wrote her a heartfelt letter to reassure her.

“Kim, you may be one of the strongest people I know,” Khloé wrote in the email to Kim. “I have no idea how you endure such abuse but still smile and shine everyday! I commend you for not putting your head down and going into hiding like so many would. You live your life and you try to make the best out of a tough situation.” 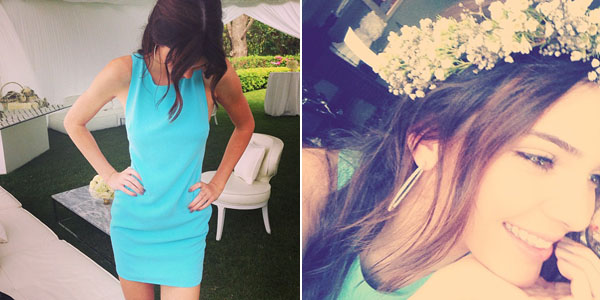 The only thing we wish Kim would change about her pregnancy style? Her love of high heels. She’s talked at length about her aversion to flats, but her swollen feet make wearing heels just look painful.

And it might be dangerous to her health, too. 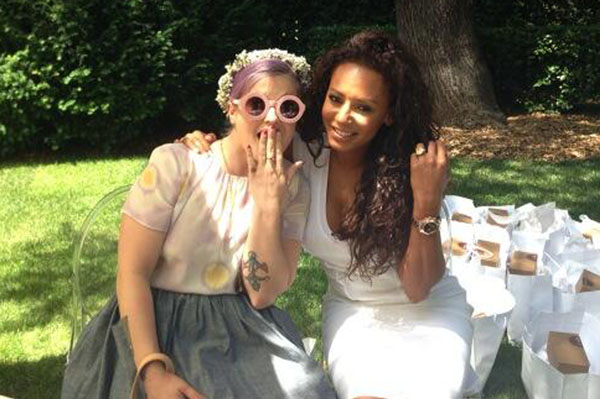 “Women in pregnancy retain fluid like crazy, so heels are a disaster and arches often fall,” integrative physician and gynecologist Sara Gottfried, MD, OB/GYN, author of The Hormone Cure, told SheKnows. “Take care of your feet and dump the Choos, Kim.”

We don’t know if she’ll take that advice, but we do know one thing for sure: She’s excited about becoming a mom in a few weeks. 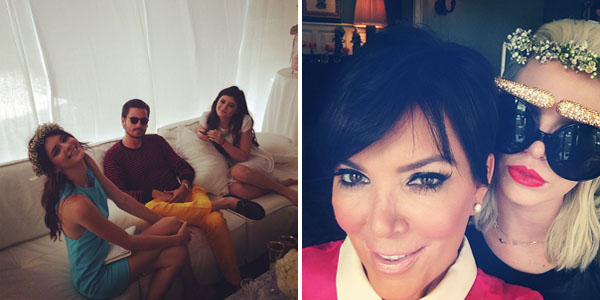 “I’m so excited we’re having a girl,” Kim said on Keeping Up With the Kardashians. “Like, who doesn’t want a girl? They’re the best. And I know that’s what Kanye has always wanted. He wanted a little girl.”

What do you think of Kim Kardashian’s baby shower style? Sound off in the comments below!