Pretty Little Liars star Janel Parrish showed up at Wango Tango 2013 wearing a very special (and gorgeous) miniskirt. Why so special? It was created by 16-year-old fashion designer Courtney Allegra. 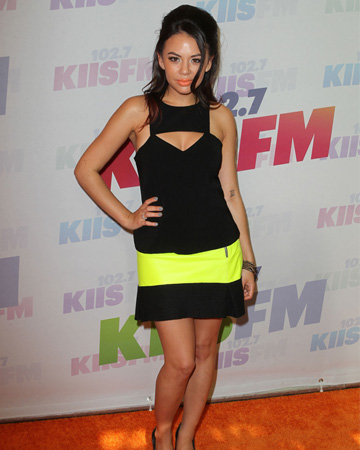 What were you doing when you turned 16? If you’re like us, you were worrying about boys and working a summer job at the public swimming pool.

Not San Diego native Courtney Allegra: The 16-year-old is blazing a trail as one of the youngest fashion designers on the scene. She’s appeared on NBC’s Today — alongside her fashion idol, Rachel Roy — and now Pretty Little Liars star Janel Parrish is wearing her designs!

That’s not all: Allegra just debuted her fall/winter 2013 collection, and, basically, we want everything. 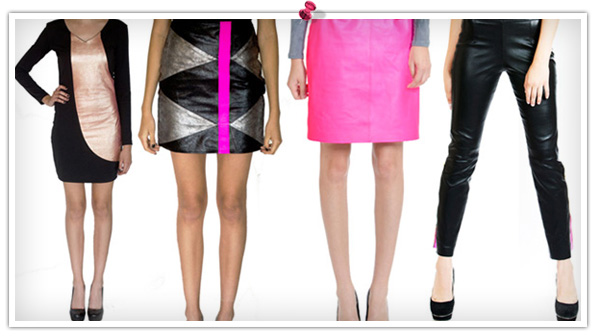 Click here to read our interview with Courtney Allegra!

Our faves? We’re digging the Arlene long-sleeve knit dress with snake-leather detail and the pink leather pencil skirt with back full-length zipper.

“I’ve been designing since I was a little girl. I love it,” Allegra told SheKnows of how she got her start in fashion.

“I started sketching my ideas first, but it was just for fun, just for me. My mom told me I should start manufacturing my own stuff. I entered my designs into a fashion show. After that, I made my website and that was it. I decided it would be better if I could share my stuff with people!”

Not bad for a girl who hasn’t even graduated high school yet!

We’ll definitely be watching as she grows as a designer. Maybe she’ll even show up on the red carpet during awards season in the near future.

Something tells us that’s not far off.