If your parents didn’t bless you with a moniker that makes you sound intelligent, you can always give your pet a name that does. Your astute pooch or clever kitty should answer to one of these names. 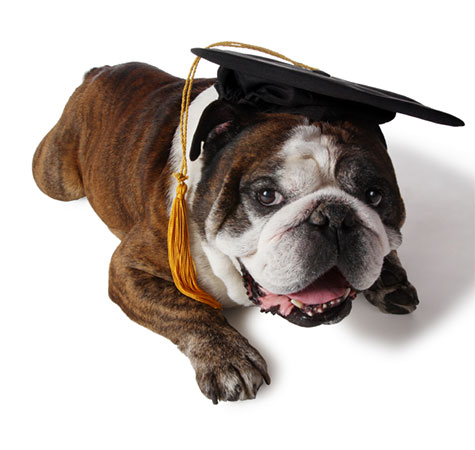 If your parents didn’t bless you with a moniker that makes you sound intelligent, you can always give your pet a name that does. Your astute pooch or clever kitty should answer to one of these names.

Dr. Frasier Crane and his brother Niles weren’t just smart… they were posh, too. If your pet has a little class to go with his smarts, try naming him after one of these fictional brothers. We like Frasier for a dog or rabbit and Niles for a cat or snake.

Charles Darwin, famous for his theories on evolution, is probably one of the most famous scientists ever to live. Name your mixed breed after the famous naturalist. Naming pets after a scientist may seem a little on the cold, wet nose… but sometimes you just have to go with the classics.

Astronomer Tycho Brahe was no doubt, a brilliant scientist. But the most interesting thing about him was his nose. After a debate with his third cousin (also a scientist) about a mathematical theory, the two decided that since there was no proof either was correct, they’d duel for it. They made the unfortunate error of holding the tournament at night and because of the lack of light, Brahe lost the bridge of his nose to an errant blade. For the rest of his life, Brahe wore a gold alloy nose he affixed with glue to replace it. We think this is an ingenious name for a canary or other golden-beaked creature.

Believed to be part husky and part terrier, Laika (which means “barker” in Russian) was the first dog in space. While she didn’t survive the flight, she was the first animal to orbit Earth.

Some names just sound intelligent, either because they’re associated with geek culture or because they’re terms commonly used by people we think of as intelligent. We don’t know if any of these names really make you (or your pet) smarter, but they sure do make you seem that way!