Whether you’re looking for a long vacation or a weekend getaway, treat yourself to some special time at one of these unique historic hotels in the U.S.

Hotels rich in
history and luxury

Whether you’re looking for a long vacation or a weekend getaway treat yourself to some special time at one of these unique historic hotels in the U.S. 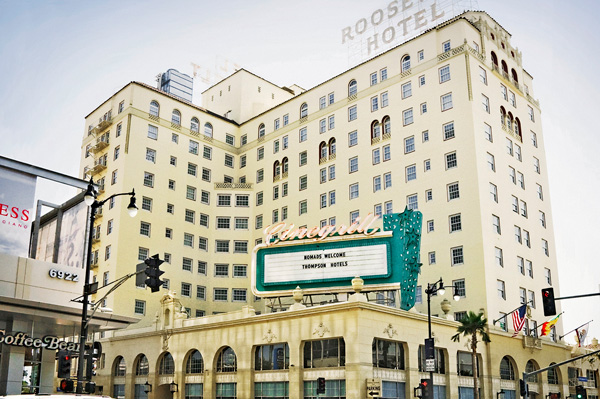 Situated on Hollywood Boulevard in Los Angeles, the Hollywood Roosevelt Hotel debuted in 1927 with an opening ceremony attended by Hollywood celebrities. Today, walking through the Spanish-deco lobby guests are transported back to Hollywood’s glamorous past. The hotel is adorned with potted palm trees, a giant wrought-iron chandelier and historic photos. During your visit be sure to walk by the mirror on the lower level. According to legend, the mirror was originally in room 246 which was frequently used by Marilyn Monroe. Since then staff and guests have reported seeing the actresses’ image reflected in the glass. Additionally, the Hollywood Walk of Fame is right in front of the hotel. 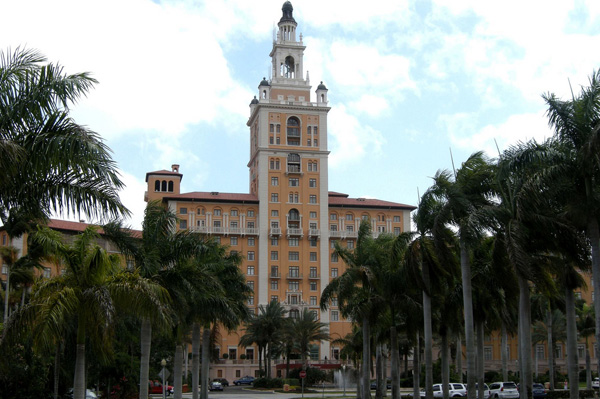 Built in 1926, The Biltmore is a National Historic Landmark in Miami/Coral-Gables, Florida. Marked by a 93-foot tower with arches and courtyards, this impressive property overlooks the Donald Ross 18-hole golf course. The Biltmore boasts 130 suites, two famed Presidential Suites, tennis courts, restaurants, the Biltmore Spa, and one of the country’s largest hotel pools with private cabanas. It was here that Johnny Weissmuller, the actor and competitive swimmer who portrayed Tarzan, swam and actress Esther Williams starred in her aquatic shows. In its heyday the fashionable resort hosted both European and Hollywood royalty. The property was once used as a World War II Veteran’s Affairs hospital, and there have been reports of ghostly sightings of wounded soldiers. 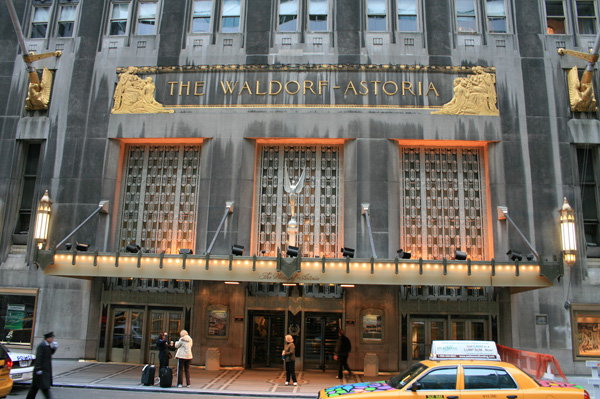 The Waldorf Astoria New York combines sophistication with unique amenities and service and has hosted every U.S. president since Herbert Hoover, along with the Queen of England, countless dignitaries and celebrities. The hotel is a must-see for enthusiasts of Art Deco and is recognized as one of the world’s most significant examples of the style. The luxury hotel became an official New York City landmark in 1993. The original hotel was built on the property of millionaire William Waldorf Astor’s mansion at the corner of Fifth Avenue and 33rd Street. The current location on Park Avenue opened on October 1, 1931 as the tallest and largest hotel in the world. In 1949, Conrad N. Hilton acquired the hotel which was then sold to the Hilton Hotel Corporation in 1972. 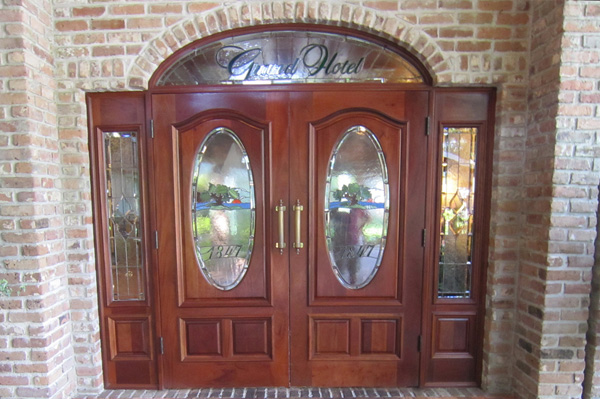 This historical Alabama hotel located in Point Clear was originally built over 165 years ago in 1847. During the Civil War the hotel began its military ties. Soldiers from the Union fired upon the Grand Hotel, and a large hole was found in the wall of the Gunnison House. During this time, the hotel was turned into a base hospital for Confederate soldiers. In 1944 with the outbreak of World War II, the then-owner of the Grand Hotel turned over the property to the US Air Force to use as its Maritime Training School. The hotel continues to honor the military influence with a daily procession and the firing of a cannon. 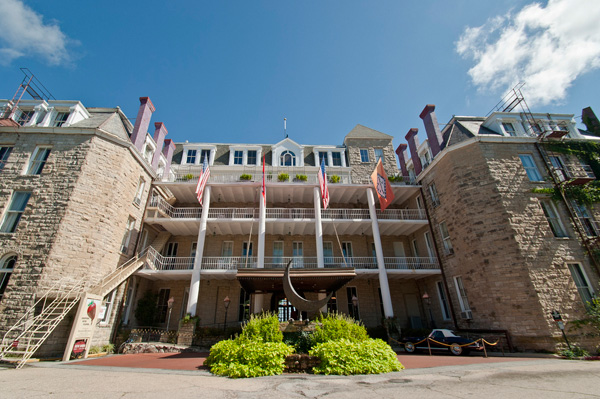 Since 1886 the Crescent Hotel and Spa in Eureka Springs, Arkansas has been welcoming guests to its Ozark mountaintop location. The Crescent is surrounded by 15 acres of pristine woodland perfect for hiking and romantic walks. As one of the Historic Hotels of America, the Crescent continues to grow with the addition of the Conservatory, the New Moon Spa and Salon, 1886 Steakhouse, its award-winning wine cellar. In addition to the mountaintop resort’s 76 rooms and luxury suites, cabin-like multi-bedroom units called The Cottages in Crescent Park are available. The hotel is legendary for its ghosts which guests can explore on nightly tours. 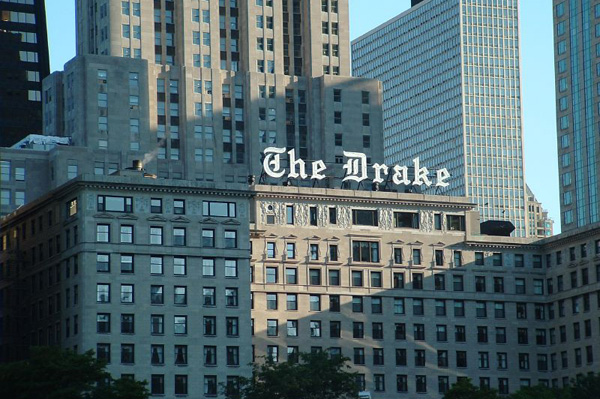 Just a few steps from the Oak Street Beach and Lake Michigan, the Drake Hotel has 525 elegantly decorated guest rooms and 74 suites, including the Princess Diana Suite. From its beginning on New Year’s Eve in 1920, this iconic Chicago hotel has offered incredible hospitality, amenities and views. Situated in the prestigious Gold Coast neighborhood at the start of the Magnificent Mile, the Drake Hotel Chicago has been the hotel of the British royal family since 1924. The hotel is also on the prestigious National Register of Historic Places. 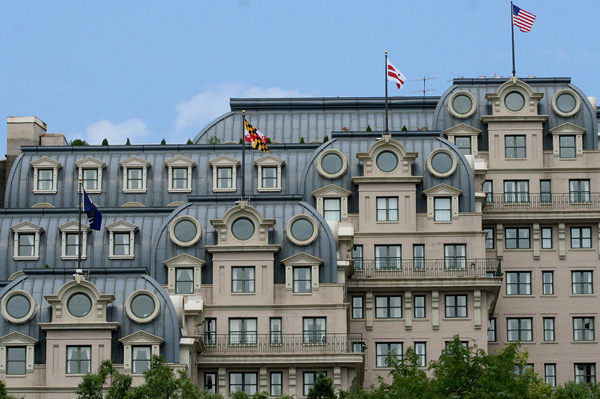 Known as the “Crown Jewel” of Pennsylvania Avenue in Washington D.C., the Willard InterContinental has hosted special events for more than 150 years. This hotel, located one block from the White House, has hosted almost every U.S. president since Franklin Pierce in 1853. The Reverend Martin Luther King Jr finished his famous “I Have A Dream” speech on August 28, 1963 as a guest at the Willard. Other notable luminaries have stayed here including Mark Twain who penned two books at the Willard in the early 1900s. 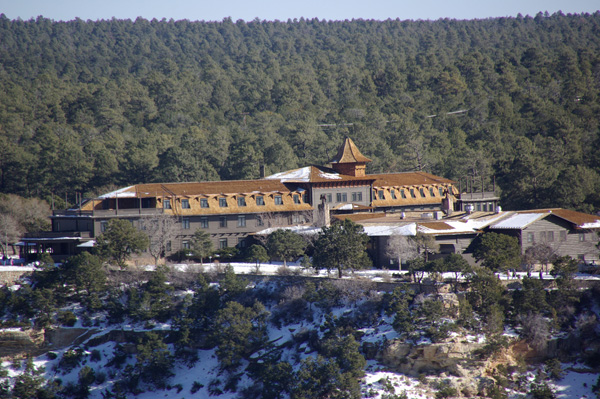 Located in the Grand Canyon National Park, the El Tovar Hotel offers breathtaking views. The hotel opened in 1905 and was renovated in 2005. Guests can enjoy all of the stone and pine construction accommodations of this Native American-inspired building just 20 feet from the south rim of the canyon. El Tovar was founded by 19th century entrepreneur Fred Harvey who is credited with creating the first restaurant chain in the U.S. If the hotel looks familiar it was featured in the 1983 film, National Lampoon’s Vacation. 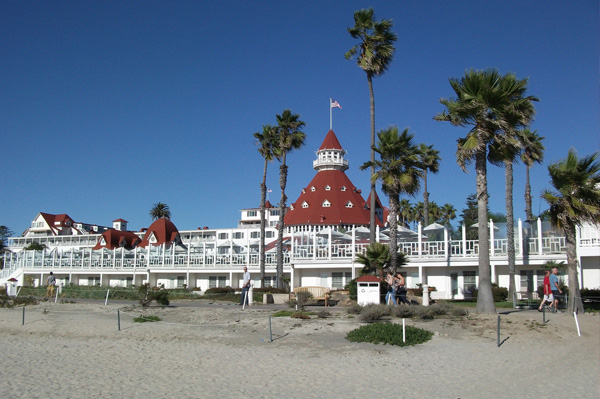 With its iconic red turrets, Hotel del Coronado embodies the splendor of the Victorian era. Built in 1888 this National Historic Landmark sits on more than 30 acres and is located near San Diego. It has been heralded as one of America’s most beautiful beach resorts. Presidents and movie stars have enjoyed time at this Victorian Landmark. Be sure to check out the old photos in the lobby. 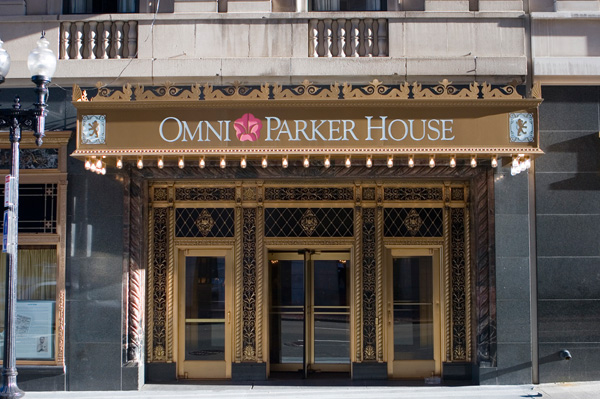 The Omni Parker House is a long-standing Bostonian staple. Established in 1855, this is the longest continuously operating hotel in the United States. The hotel has 551 guest rooms, many offering views over Boston Common. John F. Kennedy announced his candidacy for U.S. Congress here and also proposed to Jacqueline Bouvier. Literary greats Charles Dickens and Ralph Waldo Emerson also spent time on the property. Be sure to check out this grand hotel that has been a Boston cornerstone for more than 150 years.