Do you DIY? Creating a project for your home is a great way to indulge your crafty side — but what about when your best efforts result in a major fail? The good news is that even the pros experience failed projects. We spoke to a few of our favorite craft bloggers, who shared a fail — and how they fixed it.

What’s the biggest secret of the super-crafty DIY bloggers? Their projects don’t always turn out the way they had planned. While a failed project might make some people simply give up, failure often spurs a more creative approach — and in the end, a completed project worth bragging about. 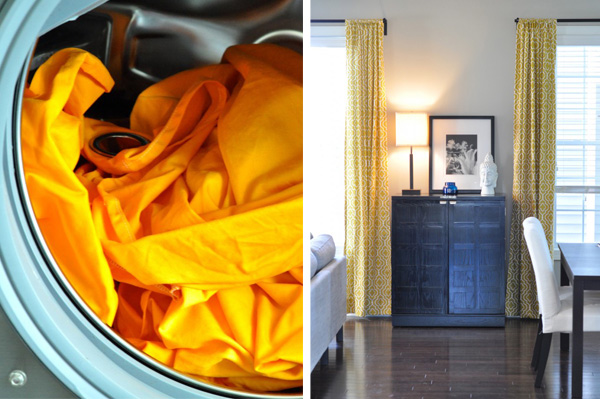 When it came time for Jessica Flannigan of Live the Fancy Life to order curtain panels for her living room, she got creative and found an inexpensive option — or so she thought. “Our windows are huge! We need 108-inch curtains,” she says on her blog. She loved the look of a set of Crate and Barrel panels, but she needed 10 panels and wasn’t willing to pay that much. She decided to find a solid color that was similar and use fabric dye with inexpensive white panels. It didn’t go exactly as planned, and the result? Way too yellow — and very bright!

“I was a bit frustrated that I even attempted it for a bit,” she admits. “But, I learned a few things.” This was her first time using iDye, and she was impressed with how well it worked. “If you are looking for super bold colors, this is the dye for you — and it was so great in the washing machine.” She couldn’t rescue the dyed panels, but she returned the unused panels and instead found some fabric she loved and hired a friend to sew the panels. 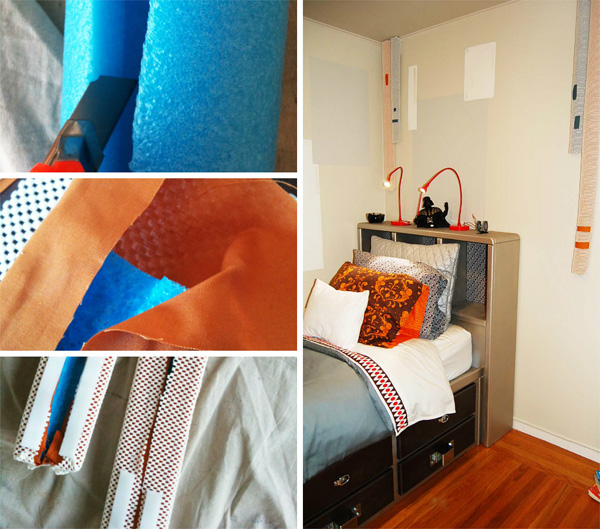 Ellen Mattesi of Juvenile Hall Design recalls creating a sci-fi room for a little boy while working with a small budget. She scoured Craigslist, refinished old pieces and dug through sale bins for fabrics. “One element I included were these spaceship-type tubes on the wall over the bed,” she shares. “It was a cool way to imply circuitry, but keep it simple.” Ellen bought foam pool noodles, cut them in half, wrapped them in two layers of material and hot-glued the coverings to the foam. “To attach it to the wall, I applied Velcro to the backs and stuck them on the wall,” she says. Unfortunately, after only one day they all fell off! “The Velcro wasn’t a strong enough bond… a bit embarrassing. So I had to go back to the client and use the hot glue gun to re-stick them,” she adds.

Her takeaway? “If you want to create something that no one has seen before, you better believe that somewhere down the line, it just won’t work — whether you are a professional or not,” she says. “To me it’s worth the risk of looking foolish to come up with the new ideas.” 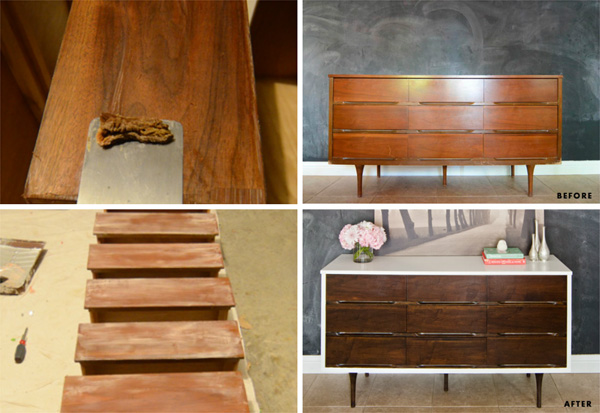 Amber Wills of Wills Casa picked up a great mid-century dresser, with plans to paint the shell white and stain the drawers. “I know how to paint furniture, but I haven’t stained furniture before,” she shares on her blog. Since the veneer was thin, she used a stripping gel rather than sanding the drawers. “The stripper would not all scrape off. I used mineral spirits to try and rub the stickiness away, but it only half worked.” She wound up having to sand them anyway.

She applied the stain and let it cure for a full day, but it was sticky. “The guy [at the store] said it was sticky because I hadn’t applied the polyurethane yet,” she says. She applied a second coat — but it was still sticky. Finally, she called the stain manufacturer, who told her that the 90 percent humidity was the culprit. “The first coat wasn’t dry yet, so adding the second coat sent the drawers over the edge,” she says. She had to start all over. “I was frustrated (yes there were tears), but mainly I didn’t want to completely ruin the dresser,” she adds. “I decided to give it one more try before hiring someone.” Her project was a success.