Nicole Richie has quite the colorful past, but there’s only one part she’d like to forget: the ill-advised ink tattooed on her lower back. 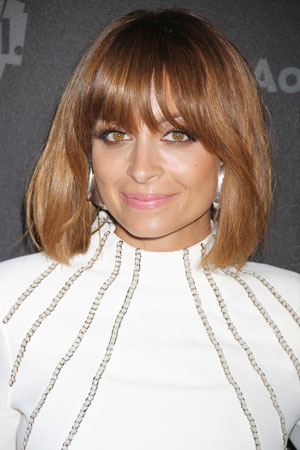 Nicole Richie gives good Twitter — so good that AOL just gave her an original series based on her 140-character missives.

The first episode in the series #CandidlyNicole debuted on Tuesday and revolved around Richie’s tattoo woes.

President Obama will totally get a tattoo if his daughters do >>

“Woke up feeling really good about myself, until I remembered I have a tramp stamp,” she tweeted.

During the webisode, the mom of Harlow and Sparrow hits up Los Angeles’ Dr. Tattoff removal clinic to see about getting her “butt crack cross” removed.

“I was 16 and an idiot and didn’t want my parents to see. You know? I’m not that girl,” she said in the clip. “It just means a certain thing, and I don’t want to be part of that group.”

Not that she doesn’t appreciate tattoos: Her husband, Joel Madden, has plenty.

“Their dad has a ton of tattoos, and I’m fine with it,” she told the doctor. “I just don’t like mine.”

I totally understand that thought process: I have two tattoos of my own — including a butterfly on my right shoulder blade that I can’t bring myself to show off. I’m not sure why I agreed to pay the $60 or so for it at the time — especially since the guy told me that it “doesn’t hurt as much as losing your virginity,” when I asked about the pain.

And now I’m seriously contemplating covering it up with another piece — or maybe even removing it. But I’m not so sure after seeing a nurse tell Richie that the laser feels like “bacon splattering on your arm.”

So, is Richie going through with tattoo removal? Nope — at least not for a while. She opted against it because the process would take at least a year.

“But I’m hoping that maybe in 10 years, when it’s really embarrassing, that they’ll have new technology,” she said.

Do you have a tattoo you’d love to forget? Tell us about it in the comments below!