Owners should know these unspoken dog park rules, but a quick trip to the local park provides plenty of evidence that dog owners are often annoying. Follow these rules to avoid that label for yourself. 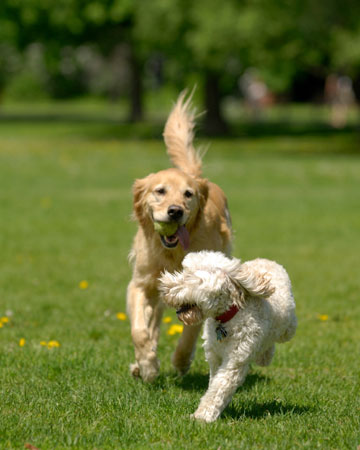 Dog parks are dog parks. They aren’t children parks. Leave your children at home unless they know how to 1) manage themselves around other dogs, 2) ignore the impulse to play in water bowls, and 3) avoid a collision with a border collie on an obstacle course. These are non-negotiables. Frankly, even if your child is well behaved, a dog park isn’t the best place for a kid. The presence of children can cause some dogs and their owners a great deal of anxiety, which isn’t fair for the owners who have made the trek to a special park for Fido.

Everyone is familiar with over-talkers. They are the loathsome people who won’t stop talking no matter what social cues are flying in their direction. They have a penchant for finding their victims in inescapable social situations, such as airplanes, gym classes, buses, play dates and dog parks. Don’t be an over-talker. Dog parks can provide nice opportunities to chat with neighbors, but it’s important to have awareness that some people just like to enjoy the outdoors without accompanying conversation.

Large dogs in a small dog park, or vice versa

What could possibly be gained by mixing small and large dogs besides an interesting new breed or two? Is it special that a lab can run circles around a Yorkie-poo? Is it fun to allow a Chihuahua to bite the ankles of a Weimaraner? No and no. It’s most likely just causing other owners to feel anxious about a brewing dogfight.

Inattention to a dog’s terrible behavior

In the spectacular movie Airplane!, there is a scene in which an out of control retriever bear-hug-tackles a house guest while the dog’s owners stand back and say, “He’s friendly!” The scene is spot-on for a lot of behavior that occurs at dog parks. Don’t be the owner who lets their dog bully other dogs or otherwise misbehave while insisting that the dog is sweet natured. Even if a dog is generally well behaved, if he’s bothering other dogs and owners, it’s important to intervene.

Picking up dog poop is not an unspoken rule. It’s a very clear rule at pretty much every dog park. It might even be written in large-print, with bold text, and glow in the dark lettering, at every single dog park in the country. It’s probably even a law. But judging from the amount of dog poo on my shoes after I leave the dog park, it’s pretty clear that my neighbors are a bunch of nefarious criminals. Please pick up after your pet. It makes the dog park experience better for everyone, and it also reduces disease risk amongst animal and human populations.

Giving treats to other dogs 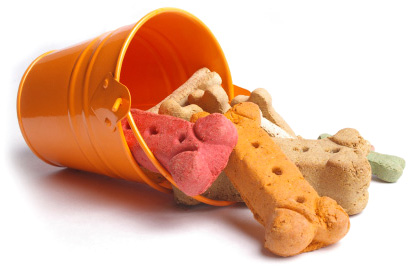 Dog owners tend to have varied opinions about food and treats for their pooch. Some owners are fine with their dog eating all kinds of scraps in addition to their meals, but other owners are much more particular about the foods available to their dog. If you were at a park with children, it’s unlikely that you’d just assume that a child could eat a piece of cheese without asking his parents first. Also, as a side note, please don’t offer cheese to children you don’t know. Weird.

Great alternatives to kenneling your pet
10 Ways to keep your dog safe while camping
Will your pet enjoy the trip?