Imagine falling in love with a house, putting an offer on it, entrenching yourself into the lending process and then discovering that the house is a wreck after it’s been professionally inspected—or worse, after you’ve already bought it. Such scenarios are heartbreaking and all too common. 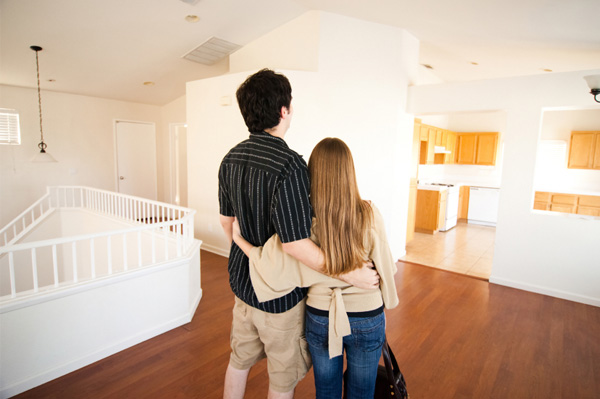 To better avoid disappointment or buyer’s remorse, take the following steps as you initially tour each potential home. You probably won’t catch every area of concern that a home inspector would, but you may spot issues that will prevent you from making an offer in the first place.

Inspect the floor and the base of walls

Many house hunters don’t pay attention to areas near their feet. Jackie Scura, a REMAX agent in New Jersey, encourages individuals to look down and search for water damage as they tour homes. “Look at the base of walls, especially around doorways, for signs of past flooding. Stains, swelling, and warping will still be around long after the water is gone. The stains will even leach through paint, so they’re very hard to hide entirely,” she explains.

Check out the ceiling

As you travel from one area to the next, scan the ceiling for red flags. “Signs of water damage, repainting, and patching can be telltale signs of roof problems,” says Sam DeBord, a managing broker and realtor for SeattleHome.com.

Stop at each window

Windows are another area house hunters often overlook when touring homes. House hunters should pay close attention to them because windows can be quite costly to repair. DeBord recommends inspecting windows for broken seals and fogging between the panes.

Another helpful tip DeBord offers is to smell-test the basement. “Sellers try to remove all odors. If they can’t get a basement odor out, it’s because it’s damp or has had water issues.”

Look at what’s near the house

Feng shui consultant and Home and Garden TV correspondent, Laura Benko, says that while no home is feng shui perfect, there are a few scenarios you should avoid if possible. “A house situated near a cemetery is not ideal. There is too much ‘death chi’ that can energetically effect the home in a negative way.”

Another factor Benko cautions against is buying a home near or under towering power lines. “Studies suggest that living in close proximity to high voltage transmission lines may detrimentally effect your health over time,” she explains.

Make sure there are plenty of electrical outlets

In addition to counting closets, Alan Guinn, managing director of The Guinn Consultancy Group, Inc., in Bristol, Tennessee, says it’s important to count electrical outlets. He encourages house hunters to see what the capacity of the electrical panel is. “If you see extension cords everywhere and there are no blank spots on the panel, that could be indicative of a costly upgrade coming soon.”

Visit the house during the day and at night

Like many lessons people learn throughout the house hunting process, Guinn bases this tip on past experience. “I visited a house one time and found that all the beautiful white ceilings had been undercoated with DayGlo green, with scenes of the solar system on every ceiling! Needless to say, few of us would think to look up at the ceiling in the dark in our bedroom until we flip off the light on the first night, and Saturn appears as if by magic. Uranus doesn’t belong on the ceiling in the house.