It’s the time of year when celebs break out the short shorts and boho-inspired gear and head down to Indio, California, for the Coachella Valley Music and Arts Festival. We did some celeb spotting over the weekend and — as usual — the festival was teeming with style-savvy celebs. 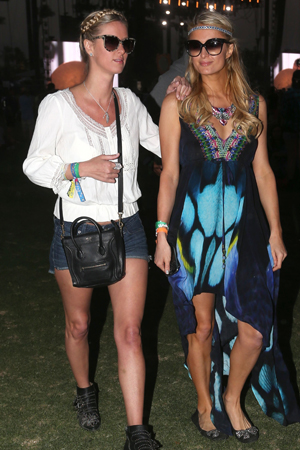 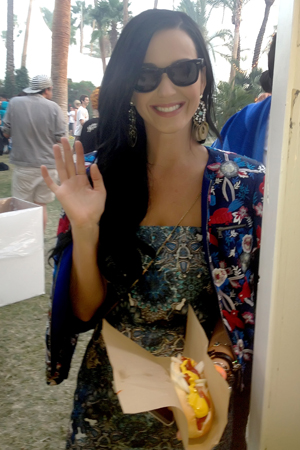 Katy Perry
Katy Perry mixed prints — and some ketchup and mustard — with her Coachella outfit. 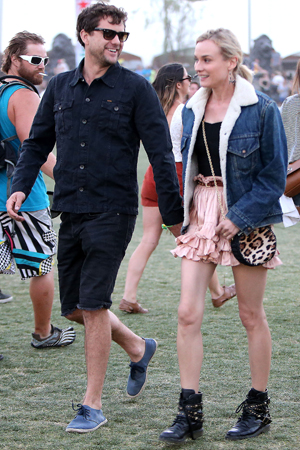 Diane Kruger and Joshua Jackson
We’re not sold on Diane Kruger‘s ruffled skirt, but we’re totally digging her motorcycle boots and leopard-print bag. Oh, and her accessory (Joshua Jackson) isn’t too bad, either.

Stars light up the desert at Coachella >> 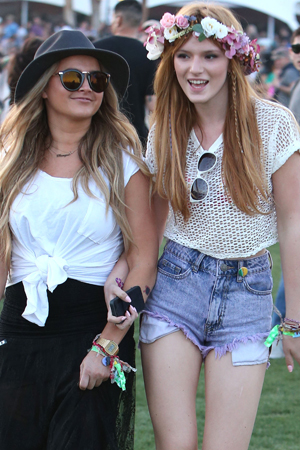 Bella Thorne
Shake It Up star Bella Thorne paired her short shorts with a crown of flowers and a mesh (?) top. We’re not into the visible pockets trend, though. Are you? 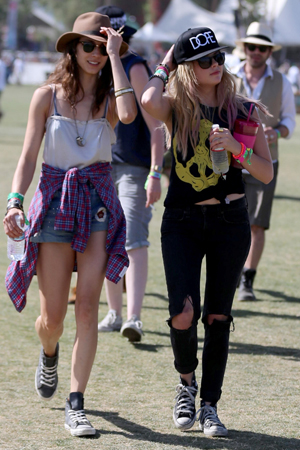 Ashley Benson
Ashley Benson channels Kristen Stewart in her knotted T-shirt, ripped jeans, Converse sneakers and “DOPE” hat. We’re not in love with the look, but she looks comfortable… 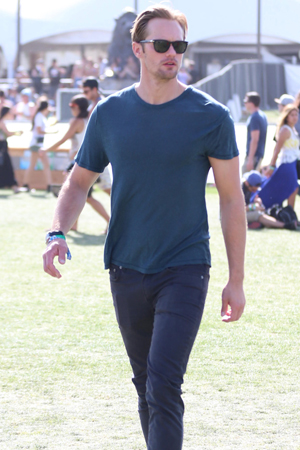 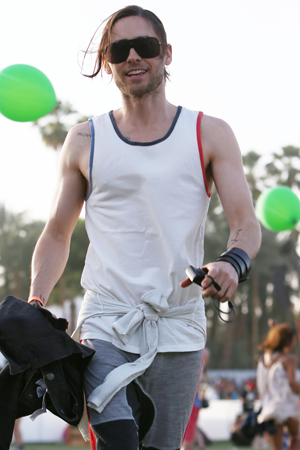 Jared Leto
Jared Leto opted for sweats for Coachella — but he left his ear necklace at home (thank god). 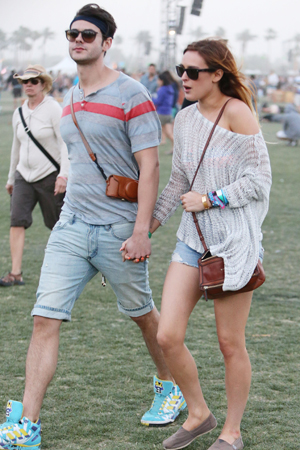 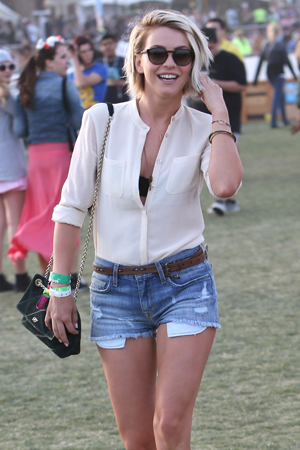 Julianne Hough
Julianne Hough brought a little country to Coachella with her sheer top and jean shorts. We wonder if Alex Pettyfer liked the look?