Emmy Rossum and Bella Thorne’s beautiful celebrity styles made us do a double take this week! We’re telling you why in this week’s installment of Friday’s Fashion Obsessions. 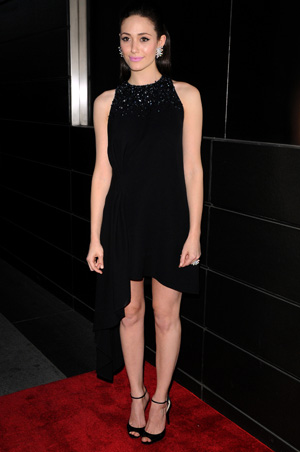 It took a while, but this high-low trend seems to be here to stay, and with summer approaching, the timing is perfect. Between the beaded neckline, the cinched side waist and the fine tailoring, this dress is anything but your average LBD. Paired with Emmy’s sleek, slicked back hair and the soft pop of pink on her lips, this dress takes center stage, as it should.

The final verdict? Who says you can’t have fun with fashion at a serious event? Emmy’s ensemble is flattering, appropriate and oh so chic! 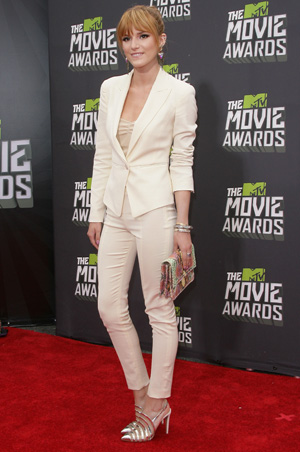 We’ve admired her adorbs hairstyles from afar, but Bella Thorne’s fashion sense has also been on our radar for quite some time now. The Shake It Up actress looked all grown up in her impeccably tailored suit here. She accessorized with a pulled back updo, edgy heels and a clutch with a pop of print.

The final verdict? I sort of wish Bella had worn something a bit more youthful to the fun awards show — she is only 15 years old, after all! — but this ensemble’s sheer awesomeness has truly won me over!