If you’ve ever imagined yourself waxing poetic or philosophic while sipping a café au lait at a Parisian café, then you’ve channeled the energy of the Rive Gauche, or “Left Bank” area of Paris. 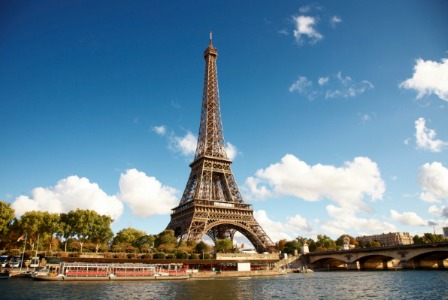 The Left Bank is the nickname for the southern bank of Paris’s Seine River and is synonymous with a period in the early part of the 20th century when artists, writers, and intellectuals (Henri Matisse, Jean-Paul Sartre and Ernest Hemingway among them — think Woody Allen’s film Midnight in Paris) flocked to the area to enjoy the flowering of a bohemian culture.

Today, you can tap into that rich artistic and intellectual past in the Rive Gauche’s charming Latin Quarter (so called because students at the nearby Sorbonne used to gad about chatting in, well, Latin). To fully absorb its charms, book a room at the endearingly shabby-chic hotel Relais Christine. Next, make for Rue Bonaparte and Rue Saint-Sulpice, where a mix of funky galleries, cafés, and boutiques draw fashionably freethinking types.

If all that ambling about makes you hungry, elbow your way through the throngs of bookish foodies at tiny bistro Le Comptoir du Relais, or follow in the footsteps of Hemingway and Picasso and snag a sidewalk table at Café de Flore. Close out the day literati-style in Le Bar de L’Hotel, the delightfully old-school watering hole located in the fashionably quirky hotel where Oscar Wilde spent his final days.

While classic Left Bank haunts such as these offer a window into the area’s brooding past, the Rive Gauche itself has largely moved on from those bohemian days and has become a posh address for the well-heeled elite. For a glimpse of the upper-crust pleasures here, stroll along Boulevard Saint-Germain, where the elegant buildings on and around the boulevard are flush with designer boutiques à la Agnès B, Catherine Malandrino, Hervé Chapelier, Maje, Sonia Rykiel and Yves Saint Laurent.

Shop the couture collections at Le Bon Marché, the quintessential Parisian department store, where afterwards you can head to the phenomenal food hall to put together a gourmet picnic to enjoy in elegant royal park Jardin du Luxembourg. (If you’re not feeling so DIY, splurge on a “bistronomic” lunch at nearby L’Epi Dupin instead.) Later on, dine among the prosperous residents of those lovely Saint-Germain apartments at Michelin-starred hotspots like Gaya Rive Gauche and L’Atelier de Joël Robuchon — or leave the polished dining scene below you (literally) as you knock back bubbly at sceney lounge La Mezzanine de L’Alcazar.

Whether your tastes lean posh or poetic, though, you won’t want to miss the slew of fascinating museums and monuments just to the west in the Seventh Arrondissement. If you’ve got a soft spot for Impressionist art (as anyone who hangs out on the Left Bank should), get a greatest-hits tour of Impressionist masters at Musée d’Orsay, or for a more intimate experience, opt for artist’s villa-turned-gallery Musée Rodin.

On the other hand, for something more monumental, you can’t get bigger than the Eiffel Tower. Whimsical views of the iconic tower can be had while dining at swanky rooftop restaurant Les Ombres or cruising down the Seine in a glass-topped Bateaux Parisiens boat. However you take your Eiffel Tower, you’ll find it a fitting encapsulation of the Left Bank’s character: like many of the area’s gems, what started as the project of an avant-garde artist/engineer has now become a national institution, enjoyed by everyone from the society types who lunch in its cushy high-rise restaurant to penniless poets basking in its symbolic glory.