It’s no surprise that some of the biggest Cinco de Mayo celebrations occur in the Southwest region of the U.S., but all over the country, cities are starting their own Cinco de Mayo traditions. Here are four celebrations to check out!

Related story Elegant Serving Platters You Need at Your Next Party 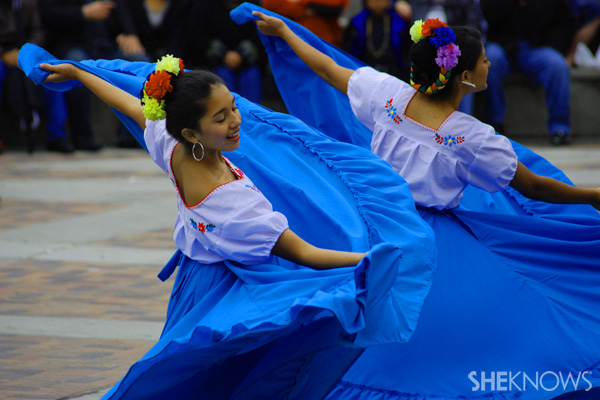 Cinco de Mayo commemorates the anniversary of the defeat of a well-prepared French military force by a much lesser equipped and smaller Mexican army at the Battle of Puebla on May 5, 1862. It has come to be regarded as a tradition of freedom and an acknowledgement of the beauty of Mexican heritage and culture in a variety of cities all over the world.

Denver is home to the largest Cinco de Mayo celebration in the United States, with this year’s events expected to draw a crowd of up to 400,000 people. What began 26 years ago as a small fundraiser for a nonprofit organization has grown into two full days of festivities throughout downtown Denver. The biggest event is the Cinco de Mayo “Celebrate Culture” Festival and Parade taking place on Saturday, May 4 at Civic Center Park. The festival is a family-oriented event with special attractions, vendors, musical acts, folkloric dancers, a taco-eating contest, Chihuahua races, mariachis and delicious Mexican cuisine — including the 6th annual Green Chili Bowl Cook-off. The best part about the festival? Admission is free!

This year, Portland’s 29th Annual Cinco de Mayo Fiesta will be a three-day affair held at the beautiful Waterfront Park, complete with fireworks, an amusement park, an artisan village and so much more. Established in 1984, the event has grown to become the largest cultural celebration in Oregon, thanks in part to Portland’s link with its sister city of Guadalajara, Mexico. In addition to traditional festivities like Mariachi and dance troupe performances, guests have the opportunity to check out some non-traditional activities like fire dancers, watching a Naturalization Ceremony and Lucha Libra — Mexican Masked Wrestling. If you happen to be in Portland a few days before the Fiesta begins, you can be a part of it! The annual Cinco de Mayo flash mob is looking for participants!

Minnesota may be closer to Canada than to Mexico, but that doesn’t stop St. Paul from celebrating its Latin heritage with a full-day Cinco de Mayo festival across three stages. On Saturday, May 4, the festival will kick off with the Menudo 5K Family Fun Run and Walk benefiting the National Latino Police Officers Association. After working up a bit of a sweat for a good cause, guests will enjoy the Cinco de Mayo Parade, featuring floats from local community organizations and authentic Mexican dancers and performers. A lowrider car show, artisan village and sports zone make this the perfect daytime event for the whole family!

The 7th annual Fiesta Atlanta held at Centennial Olympic Park is the self-proclaimed largest Cinco de Mayo celebration in the Southeast. This year’s celebration will be held on Sunday, May 5 and will feature two stages of live musical performances, Mexican folk dancing, a 5k race, youth soccer clinics, arts and crafts, food and more. If that’s not enough activity for you, Fiesta Atlanta has partnered with the Atlanta Jazz Festival to kick off the 4th Day of Jazz at Centennial Olympic Park. You can get your fill of Mexican culture and jazz music in the same day!