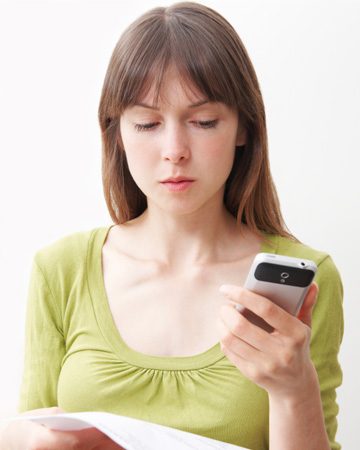 Whether you’re seeking a new cell phone provider or just plan to negotiate with your existing one, you should know the truth about the services they offer. Make sure you don’t unnecessarily pay — in cash or headache — for these five things.

4G is largely a myth

We’ve all heard the claims about superior 4G service, but don’t make your decision based solely on that, because you’re not going to get it — at least, not yet. According to the International Telecommunications Union-Radio communications sector (ITU-R), the technical definition for 4G wireless service is one gigabit per second.

The reality is, most 4G technology provided by cell phone carriers doesn’t actually meet this standard. However, the ITU-R says they can call their lines 4G from a marketing perspective, so long as it represents an improvement over third-generation (3G) technology. As we all know, though, even your 3G service can vary widely, and in fact, another carrier’s 3G could be just as fast (if not faster) in some circumstances. These 4G lines also aren’t available in all areas.

According to most reputable sources, including Consumer Reports, text messages actually cost cell companies very little to transmit (as in, next to nothing). You’re paying a lot more markup for the ability to text than you are for any other service on your phone. Combine this with the fact that most smartphones have apps like iMessage, Kik, Avocado and more that allow you to text for free, and that adds up to a big fat cheat.

Data plans, which are what allow you to text, surf the net and more on your phone, are important to a lot of users. Many companies have stopped offering unlimited data, and those who still offer it are often throttling (limiting) your use.

It’s equally annoying that you have to pay extra to tether your phone to a laptop (connect the two devices to allow your laptop to use the phone’s internet access when you’re not in a Wi-Fi area). If you’ve got unlimited data on your phone, why not use it for your laptop if both your phone and your laptop are capable of doing it? Especially if your cell and internet service are with the same provider.

“Free apps” are not always good

A lot of carriers put special apps on your phone that come free when you purchase. So far, so good. But while some may be necessary apps to make your phone work (the phone app, for example), others are third-party apps that only add value if you use the service, which is often paid. Since you often can’t delete this “bloatware,” they just take up valuable space.

Your bill is confusing

Read your bill carefully each month. These bills are filled with terms you may not understand. If you don’t read them and question every line item you don’t understand, you could end up paying for extras (or even incorrect charges) that you don’t want.

Finally, no individual, couple or family of four (or six) is the same. Check your usage for every service (phone, texting, internet) regularly, and compare it to the plans your provider offers. Could you use a cheaper one without risking overage charges?