Is your child a tech genius or a tech addict? From babies to teens, here are 5 kids who have turned their tech time into tech-tacular and what you can do to ensure screen time is learning time. 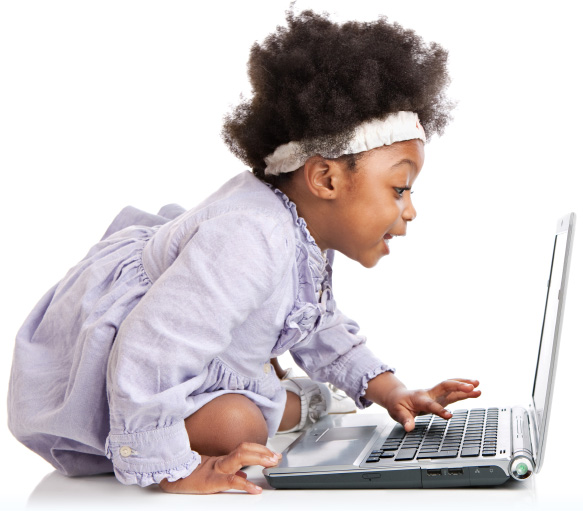 Is your child a tech genius or a tech addict? From babies to teens, here are 5 kids who have turned their tech time into tech-tacular and what you can do to ensure screen time is learning time.

Immediately Instagramed from birth, babies are exposed to technology from their first day of life. From pictures, to music, to mom and dad’s voice on the other end, babies become enthralled with their parents cell phones. A great way to pacify time, babies learn quickly how to navigate mom’s iPhone. And while there are plenty of fun games, sounds, and learning apps for baby, ensure that you’re also engaging them in normal play to avoid negative impact on brain, eyes, and speech.

Let’s face it; your toddler probably works the iPad better than you do. But is it good for him? While it is too early for official research to give us the answer to iPad’s effects on child brains, we as parents see our child’s change when given the device. If the glazed over look that is similar to being entranced in a television show happens, limit your child’s time on the iPad to allow your child to learn proper social skills. The American Academy of Pediatrics advises that a child over two should be limited to only 2 hours of screen time per day.

Work with your child to utilize the iPad as a learning tool such as 2 year old Bridger and his dad do in this video.

https://youtube.com/watch?v=MGMsT4qNA-c
Here 2 year old Sherwyn shows of his intelligence on the iPad by naming and pointing out countries.

By the time your child is in third grade, they most likely own a technological device. Whether it’s an Xbox, iPad, Nintendo DS, or similar device, it is probably your child’s favorite toy. And although it’s okay to interact in some play, ensure that your child is not only using this device for fun. Too much technological exposure in a school aged child results in boredom in the classroom, inattentiveness, and possible behavioral problems. This is the perfect time for your child to learn to set their own limitations. Allow them to choose times of play and to learn boundaries.

This 6th grader has successfully created iPhone and iPad app’s.

The concern with technology and teens is the teen becoming over-stimulated. Used to multi-tasking with checking their various social media feeds, while listening to their iPod, playing Angry Birds, and doing homework, teens brain’s become too busy too fast resulting in a feeling of anxiousness, aggression, and boredom. In addition, teens fail to learn necessary social skills when over-using social media. As with younger aged children, experts recommend limiting teens exposure to technology as well as time spent on various devices. Teach children old fashioned values, such as hanging out with friends instead of tweeting them.

Kelvin uses his technology intelligence for good to impress the prestigious MIT.