Much like Nashville, Austin is a beautiful city to visit for many reasons. But when it comes to music, Austin just may have the upper hand with edge and diversity. You may think “country” when you hear “Texas,” but there’s way more to our music scene. 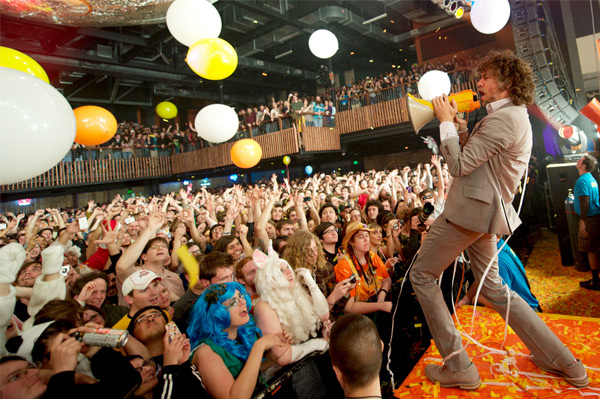 If you’re like most people, you probably think Nashville is the music hub of the South. There’s no denying that the Nashville scene is smokin’, but in the Lone Star State we don’t have to drive any further than Austin for killer live bands and local sounds.

We’ll just get the obvious out of the way first. If you haven’t heard of SXSW, it’s time to relocate under a hipper rock. SXSW is five days of action-packed cutting edge music, film and technology (because that’s how we roll these days). If you’ve already missed it this year, no worries! Now you’ve got time to plan the Austin vacation of a lifetime.

If you’re looking for live music in a laid-back atmosphere, check out Austin’s Mohawk. At Mohawk, they believe in a happy hour that really feels like happy hour — hangin’ out on the back porch, sippin’ a cold brew and shootin’ the shumthin’ with your best pals. Catering to “a tribe of Austinites who try everyday to bring something different to the table,” they welcome a diverse group of music fans… mohawk optional.

These nonprofit, donation-funded theaters on Austin’s Congress Avenue play host to a multitude of acts: comedy, film and more. But the biggest draws at these historic theater houses are definitely the musical guests. Boasting a variety of acts, from people like the legendary punk/new wave singer-songwriter Elvis Costello to jazz trumpeter Wynton Marsalis, the Paramount and Stateside Theatres are a must-stop on any music-lover’s Austin tour.

If you don’t go anywhere else while you’re in town, make sure you get to Antone’s. This legendary nightclub is also a piece of Austin music-scene history as the first club on the infamous Sixth Street strip, now the premiere area for both local and visiting audiophiles. Founded by the equally legendary promoter Clifford Antone, the club has already hosted greats like Stevie Ray Vaughan, Lost Lonely Boys, ZZ Top, Eric Clapton and more.

Stubb’s Bar-B-Q serves up some of the best barbecue in Texas, so you can munch on a true Texas treat while you watch some of the most popular acts (and some lesser known up-and-comers). The big bonus with Stubb’s is that since they’re also a restaurant, you can bring your kids to listen in, too. We’d be careful bringing the littlest ones into the bar area, though.

Austin City Limits is arguably the most popular venue in Austin, with a 2,750-person capacity theater that plays host to about 100 concerts and events every year. In addition to being one of the loveliest buildings in the city, it’s LEED certified by the U.S. Green Building Council.

As many locals have complained that the Austin music scene continues to lean toward the more commercial, well-known bands, Red 7 has stayed true to Austin’s musical roots by playing host to the best rock ‘n’ roll bands you haven’t heard of (yet).

If the laid-back sounds of jazz are what you crave, stop by the Elephant Room. With a full bar and no cover charge most weeknights, the Elephant Room is one of the top jazz clubs in the area. Stop by the website to check the calendar or just stop by and see who’s there.

We encourage you to check out our favorite venues, but if you’re looking for something specific, check out the calendar at the Austin Chronicle‘s website.

More on vacationing in Texas

Bayou City: Houston’s best kept secrets
Getaway: 10 Things you must do in San Antonio
Steak your claim in Dallas and other eats

46 mins ago
by Taylor Jeffries