Do you know what not to do after you’re involved in an auto accident? Lucky for you, we’ve got the lowdown on the mistakes to avoid after a wreck. 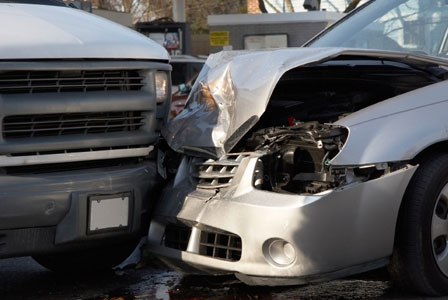 No one expects to be involved in an accident. After you’re in one, you’re a frazzled mess, and it’s easy to make a wrong move. An innocent mistake at a time like this can make a bad situation even worse, so it’s important to know what actions to avoid. Here’s our list of what not to do after you’re involved in a crash.

Don’t stay out in traffic

It’s a common misconception that you shouldn’t move vehicles until after the police arrive. Unfortunately, leaving wrecked cars out in the middle of traffic in a busy intersection can back up traffic and may even cause another accident, according to Edmunds.com. If no one is injured and the cars can be moved, move them off to the side of the road until the police arrive on the scene. If the cars can’t be moved, don’t stay with your car. Get away from the road and to a safe spot, far from the traffic on the street. Leave your car’s hazard lights on to help alert traffic to the situation.

Thanks to smartphones, most of us walk around with handy cameras in our pockets every day. Before you move your car, take pictures. Photograph the placement of the cars involved in the wreck, as well as any damage to the vehicles involved.

Don’t agree to skip the police

For various reasons, other drivers may try to persuade you to exchange information without involving the police. According to Edmunds.com, some police departments may not respond to accidents that don’t involve injuries, but it’s still important to file police reports for insurance purposes.

If you think you did something wrong, instinct (and good manners) tells you to hop out of your car and start apologizing. But this isn’t the right time to start accepting blame.

According to the United Services Automobile Association, “Don’t admit fault. Even if you think you caused the accident, now’s not the time to apologize. It could be used against you later, even if other circumstances come to light that show you weren’t entirely to blame.”

Pay attention to anything you put your name on. The police officers who arrive on the scene will need you to sign their reports, but don’t sign anything other than that, advises State Farm.

Hug the curve: How to turn like a pro
Tips from professional drivers
Talk to your mechanic man-to-man