Rollovers are the deadliest kind of car accident, responsible for more than 10,000 fatalities each year. Learn why rollover accidents happen, and prevent one from happening to you. 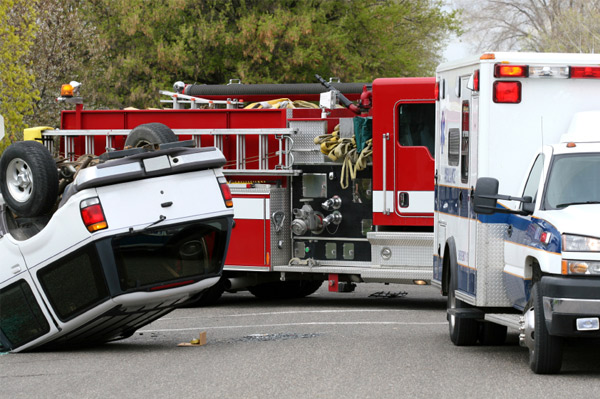 How to prevent
a rollover

Rollovers are the deadliest kind of car accident, responsible for more than 10,000 fatalities each year. Learn why rollover accidents happen, and prevent one from happening to you.

Speed is a contributing factor in 40 percent of all rollover collisions, according to the National Highway Transportation Safety Association (NHTSA). In 75 percent of the cases where rollovers fatalities were involved, the accidents occurred where speed limits were 55 miles per hour or higher.

If you drive a tall, narrow vehicle, you’re at risk for a rollover accident. While it’s possible for any vehicle to experience a rollover, SUVs, pickups and vans are more likely to roll over in a single car crash, due to their higher center of gravity.

Where there’s a rollover, there’s likely to be alcohol involved. Almost half of all rollover collisions are due to a loss of vehicle control due to alcohol. Impairment can occur after just one drink, so always designate a sober driver or call a cab.

It’s not often you see a vehicle wheels-up in an urban setting. That’s because the majority of rollover accidents happen on country roads. It may be easy to lose focus when driving at high speeds over long stretches, so take precautions. Don’t let yourself get distracted, and always pull over for a nap if you’re feeling tired.

NHTSA data shows a whopping 90 percent of single-vehicle collision rollover fatalities took place during routine driving maneuvers, such as going straight or around a curve — not while negotiating traffic at an intersection or attempting tricky maneuvers. This fact suggests that driver behavior, such as being distracted, inattentive, speeding or impaired, contributed to the rollover.

Rollover collisions fall into two categories: tripped and untripped. Tripped rollovers are caused when the vehicle goes off the road and the tires sink into soft soil, roll down a steep slope or run into a barrier or guardrail. This type of accident accounts for 95 percent of all rollovers. The less common untripped rollover happens when top-heavy vehicles swerve to avoid an object and topple over due to their high center of gravity. See videos of both types of rollover at safercar.gov.

Worn tires and tires that aren’t inflated properly can cause a loss of vehicle control, an unintentional off-road experience and possibly a rollover. Check your tire pressure at least once a month and make sure it matches the psi (pounds per square inch) listed in your owner’s manual. Also check your tire for wear monthly, making sure there are no foreign objects like nails in your tire and making sure your tire has a tread depth of at least 1/16 of an inch. Rotate your tires according to your owner’s manual recommendation (generally every 6,000 to 8,000 miles) to ensure even tire wear and optimize vehicle handling.

Buckle up! According to the National Highway Transportation Safety Association (NHTSA), you’re 75 percent more likely to survive a rollover accident if you’re wearing a safety belt.