If you’ve seen all 13 episodes of Firefly ten times and can say “may I please use your restroom” in Klingon, you need a pet name that lets your nerd flag fly high. And we’ve got the definitive list of the best science-fiction-inspired pet names no matter what breed you have. 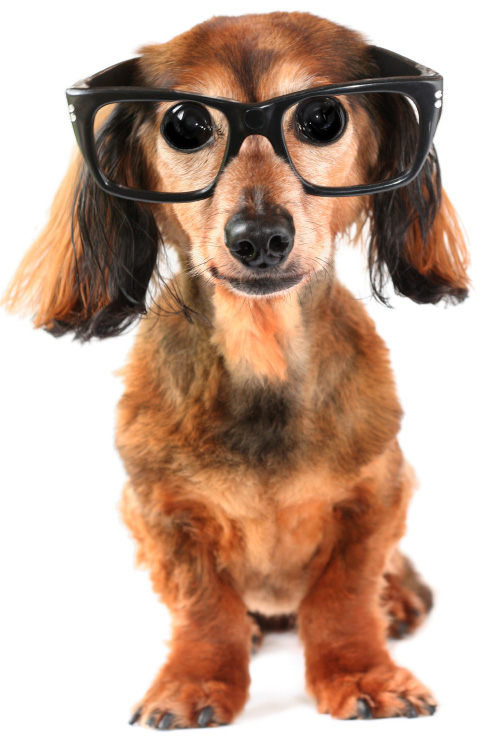 If you’ve seen all 13 episodes of Firefly ten times and can say “may I please use your restroom” in Klingon, you need a pet name that lets your nerd flag fly high. And we’ve got the definitive list of the best science-fiction-inspired pet names no matter what breed you have.
Attention hardcore science-fiction nerds! Whether you’re a fan of the classics or the cults, we’ve got the perfect pet name for any animal. Unless you agree with Stargate Atlantis’ John Sheppard: “I thought we agreed we weren’t going to name anything any more” (“Suspicion,” Season 1, Episode 5).
1

If your pup or kitten is equal parts brilliant and self-sufficient, Ender is the perfect way to show your respect for the Ender’s series by the great Orson Scott Card. It’s also the perfect ironic name for an extra sweet and cuddly breed.

Killed quite unexpectedly (and unceremoniously) by the Reapers in Serenity (the Firefly series’ big-screen gift to fans of the Joss Whedon cult classic), Wash is the name for a sweet but mischievous animal of any type. Keep his legacy alive, Browncoats!

Your quirky bird or cat shouldn’t be given any other name! The divine being sent to save the universe from the Great Evil in The Fifth Element, Leeloo wasn’t exactly what you’d call “average,” but she has enough charm to overcome her oddities and communication issues.

Largely considered the father of hard-core science fiction, Isaac Asimov is best known for his Foundation series and for establishing the principals of robotics in the genre. As he was a biochemistry professor and prolific writer even outside sci-fi, we think Asimov is a truly clever name for any distinguished cat or bird.

Whether you’re a fan of the classic series or the critically acclaimed 2004 reboot, if your male or female pooch is a bit of a loose cannon, he or she is a Starbuck already!

The second namesake from the Firefly saga to make our list, Mal (as in Captain Malcolm J. Reynolds) is exactly the name you need for your delightfully goofy and steadfastly loyal dog.

From the sci-fi classic movie The Day the Earth Stood Still based on Harry Bates novel Farewell to the Master, this clever name is ideal for a parrot or other talking bird. Bonus points if you teach it to save the planet by saying “Klaatu barada nikto” to the robot Gort.

No list of perfect pet names for nerds would be complete without a nod to sci-comedy series Futurama. We see (Lord) Nibbler as the name for an intelligent, high-octane pooch with an insatiable appetite and an impossibly adorable face. Let’s just hope your puppy’s excrement isn’t made of the same dark matter as the animated original.

Who could forget Princess Leia’s fuzzy little hero Wicket? Most people probably think your little lhasa apso is an Ewok, anyway. She may be cute, but you both know she’s every bit the fighter as Leia’s little defender.

The code name for an artificial intelligence that was part of Earth’s Computer Council, Dr. Theopolis was worn by Buck Rogers’ robotic sidekick, Twiki. If you ever get the sense that your cat thinks he’s smarter than you, this is the name you need.

The sultry holodeck character created by Commander Riker when he was in the mood to play a little jazz, Minuet was configured as the sole audience member at the holodeck’s Bourbon Street Bar in The Big Easy. Because of her association with jazz, we recommend this name for a songbird, but perhaps not one that’s yellow. As Riker said as he was trying to create her, “blondes and jazz seldom go together.”

Fish need names, too, and Admiral Ackbar from Star Wars: Return of the Jedi, is likely the sci-fi character they look most like. You can get your fishy one of those little customized aquarium signs reading, “It’s a trap!” to complete the allusion.

The all-too-cliched villain from Flash Gordon, Ming the Merciless is a great pick for a fluffy, white cat or a Siamese. They may be sweet to you, but the local mice probably have a different opinion.

The future isn’t devoid of pets, as some might imagine. Many famous science-fiction characters have had their own furry little friends.

What’s your favorite sci-fi-inspired pet name? Tell us in the comments below.