Are you overpaying exorbitant prices for extended cable? We hear you! That’s why we rounded up the best alternatives to shelling out $100 or more a month to watch a few shows and see movie channels play the same (old) movies over and over and over again. 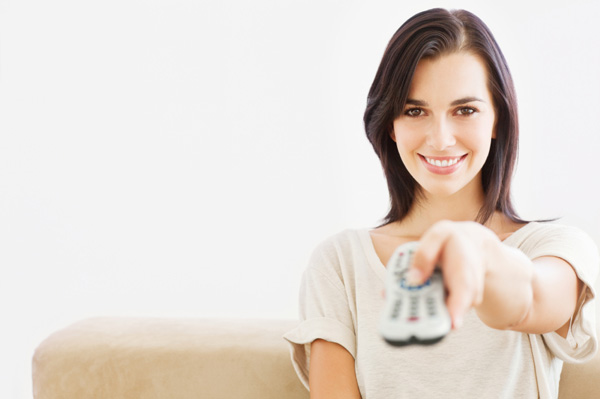 Are you overpaying exorbitant prices for extended cable? We hear you! That’s why we rounded up the best alternatives to shelling out $100 or more a month to watch a few shows and see movie channels play the same (old) movies over and over and over again.

Cable television is expensive. The worst part of it is, for the hundreds of channels you get, you really only watch a few regularly. But with a little patience and a few monthly subscriptions, you can reduce (or even end) your reliance on cable TV for good without sacrificing your entertainment needs.

If a lot of your favorite shows are on NBC, ABC, CBS and Fox, you’re in the clear. These channels are broadcast free whether you have cable or not.

Depending on your area, they may not come in as HD (and DVR won’t be available without a service), but some of the most popular shows are posted the next day for free viewing on the network website. Those that aren’t posted free are usually available through one of our other alternatives.

Netflix lets you watch an unlimited number of movies and TV shows streaming from any device that’s Netflix-compatible. They have a variety of older content, (more than) plenty of kids’ content, foreign programming and current TV shows and movies, many of which they get within weeks of release on DVD.

The drawback here is that you will have to wait for the latest season of most of your favorite shows until after the season ends, and not all shows go to Netflix. However, those that aren’t available on Netflix are often available somewhere else, like Hulu (see below).

Unless there’s a specific show you just can’t live without and it happens to be one of the few that aren’t offered on Netflix, you may not need anything else. And you can literally take the content with you anywhere, since it runs on mobile devices, as well. Most shows have no advertising.

Hulu works much like Netflix, but all shows do have limited advertising. Many of the shows that aren’t available on Netflix can be found there. The overall selection isn’t as good, but we recommend using Hulu and Netflix together because the content is a bit different. Between the two of them, along with things you can watch free online, they’ll cover most of your viewing needs.

Redbox is exactly what it sounds like. It’s a red box-like device about the size of an old arcade game that sits outside convenience stores all over town in most major metropolitan areas. You can simply stop by a Redbox and check out their vast selection of recently released movies on DVD and Blu-ray. Just use your credit or debit card to “check out” the movie and pay $1 a day to rent it. There are no late fees and you can keep the flick as long as you want (within reason).

They also rent out video games, which makes it a one-stop shop for gamers to check out the latest titles on the cheap before investing $50 or more to purchase it. You can set up an online account and actually put your movies and games on hold and whichever location is most convenient for you, then return it to any Redbox in the city.

You can actually catch most sports streaming live. Football fans will want to purchase NFL Sunday Ticket, which costs $300 for the whole season and gets you access to any game and lots of extra coverage. While that sounds pricey, the reality is, depending on who you root for, you’d likely have to pay for NFL Sunday Ticket even if you had cable because of NFL-required blackouts of certain games in some areas.

ESPN also streams a lot of college and pro football, basketball, tennis and more, in addition to their most popular shows, like SportsCenter and SportsNation. However, some of this programming may be subject to blackout.

In reality, it’s unlikely most people will be comfortable canceling their cable altogether, but these alternatives will at least help you save some cash and opt for the basic or extended package (and cut out those insanely expensive movie channels).