For many of us, it’s been a long time since we’ve sat in the driver’s seat with a driver’s-ed instructor just to our right advising us on the real rules of the road. Need a refresher? We all could use one. 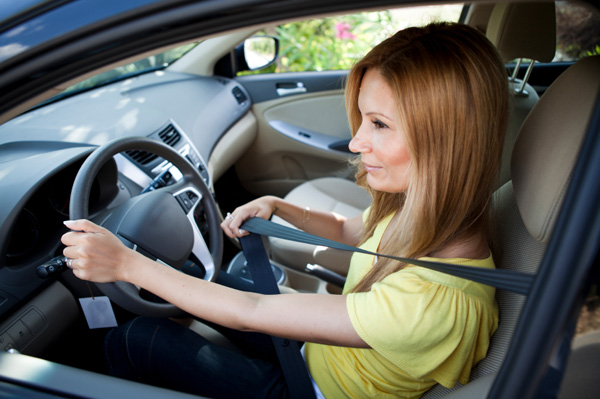 DMV.com’s chief blogger, Jordan Perch says, “A reminder of what it’s like to drive a manual transmission car definitely wouldn’t hurt. Since most cars in America have automatic transmissions, a lot of drivers don’t know how to drive a stick shift car — or the ones that did learn [how to] at some point tend to forget how to do it since they don’t practice it too often. So, it’s wise to get into a manual transmission car and practice starting and stopping, which causes a lot of problems for drivers who are used to automatic transmissions.”

According to Perch, “Parallel parking is another driving skill that poses difficulties for many drivers.”

He advises following these steps when parallel parking between two cars: “First, you stop right next to the car in front of the parking spot you want to get into,” he says. “Then put it in reverse, and start backing up while turning the wheel towards the sidewalk. When your front door starts nearing the bumper of the car in front of the space, start turning the wheel the opposite way and continue driving in reverse. After this maneuver, your car should be in place, and all you need to do is perhaps move forward a little, to straighten the car out.”

Perch advises brushing up on skills that are needed for driving on the freeway or in specific conditions during the winter. “When it comes to driving in winter, you have to remember some basic things, including the fact that you shouldn’t accelerate or brake too hard, and go into corners as slowly as possible,” he says. “Also, make sure that you leave enough space between you and the car in front of you.”

Brandon Dufour, general manager of All-Star Driver, reminds drivers to keep a minimum of a three-second distance between your car and the car in front of you. He adds, “In inclement weather conditions, this should be increased to at least five seconds. For example, when you see a car in front of you pass a telephone pole, you should be able to slowly count to three before you pass the same pole.”

Dufour adds that proper lane use is crucial while traversing today’s busy roads. “The left lane should be used for passing only, not cruising,” he reminds. “The center lane is for steady driving and the right lane is for slower vehicles. It’s also important to remember to turn into the same lane as you are turning from.”

How to choose a driving school for your teen
Explaining the importance of the no-texting-while-driving rule to your teen
?Child Passenger Safety Week: Safety tips for parents