Even if you’re a fantastic driver, there’s always a little room for improvement. These professional drivers told us how it’s done. 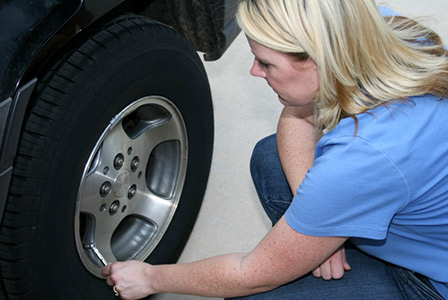 Do you think you know enough to rule the road? We’re willing to bet you don’t know all there is to know about driving. SheKnows took a lesson from a few professional drivers, and we’re sharing our newfound knowledge with you.

Good driving starts long before you pull out onto the road, says professional race car driver Simon Pagenaud. He is an INDYCAR driver and champion of the 2010 American Le Mans Series — a series that races on roads, not tracks. According to Pagenaud, you should always check your tire pressure before you even think about getting in your car.

“Contact to the ground is 90 percent of our safety,” he says.

He also recommends you check your headlights, explaining that “being seen by others may prevent us from being collected in a crash.”

Last but not least, Pagenaud reminds everyone to fasten their seat belts before they even think about starting their cars.

“It’s the only way not to become a projectile in the case of an impact,” he said.

Tip: There’s a lot of knowledge and skill involved in driving. It’s not just simple steering and pedals. Pay attention to these tips for a safer experience the next time you hit the streets.

Lara Tallman, a professional driver and owner for Skullcandy Team Nissan, says it’s equally important to check your mirrors before you hit the road.

“Like most women, I sometimes share a car with a man who is much taller in the seat. I can’t even see out the mirrors without a major readjust.”

Tallman says the rearview mirror needs to be adjusted so you can see your back window without stretching or moving your body. Side mirrors should be adjusted beyond the side of your car and to eye level, so you can see directly back.

“You still need to check blind spots,” Tallman says. “I think the issue here is less about how your mirrors are adjusted [and] more about actually using them. Use your mirrors constantly. Know who is around you.”

Once you’re on the road, driving is mostly about paying attention and focusing on the road. Many of us like to use our car time as jam sessions, but it may not be the best time to turn up the volume on your favorite tunes.

“It’s important to hear your engine,” says Tallman. “It’s not common, but things do break, and engine noise or suspension sound change can give you an early warning to a problem. It’s also safer to listen to the traffic around you.”

While you’re listening to the traffic, make sure you’re looking at it, too. Tallman says your eyes should always be moving, scanning several cars ahead of you and all of your mirrors.

“Practice being very aware of everything around you,” she says. “If you are behind a large truck and can’t see — move.”

In case of an emergency

Bad things do happen on the roads, even to good drivers. The most important thing to do if you want to come out of it in one piece is keep your cool. Easier said than done, we know, but give it your best shot. Having a level head in a crazy moment allows you to remember how to remedy the situation.

Do you know what to do if you need to stop in a hurry? The first step is knowing what kind of braking system is in your car.

“Modern cars are much better at this than almost every driver,” saysTallman. “First, know if your car has ABS [an antilock braking system] — it could be old enough that it doesn’t. In regular conditions, let the ABS do the work.”

Tallman says if your car is equipped with ABS and you need to stop fast, the best thing to do is hit the brakes hard.

“You will feel the ABS kick in, and you’ll feel vibration in the pedal,” she added.

Things change, though, when it’s ice that has your car moving in a direction where you don’t want it to go.

“Steering into a slide is usually what’s needed to settle a loose car,” says Tallman. “If you’re turning left but the back slides out to the right… the steering wheel should be gently turned to the right.” 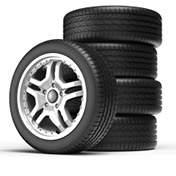 Aside from a crash, one of the scariest moments drivers face on the road is a tire blowout, and no one knows that better than a race car driver. In an instant, your car becomes erratic and hard to control, especially at high speeds.

“When a tire blows out, the car is going to become unstable,” says Pagenaud. “What you want to do is come to a stop. I would suggest not trying to stand on the brake, but gently slow down by putting the car in neutral (automatic transmissions) or declutching (manual transmissions) and then gently get on the brake pedal to slow the car down while keeping your steering wheel as straight as possible.”

Be prepared: What to do if you’re stranded
Tips for driving in the rain
Hug the curve: How to turn like a pro