Social media gives everyone a voice, including our furry (and not-so-furry) friends. We’ve got the scoop on the most entertaining pets to follow on Twitter. 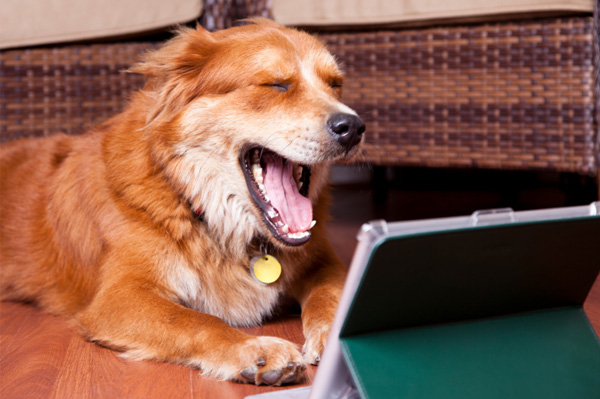 Social media gives everyone a voice, including our furry (and not-so-furry) friends. We’ve got the scoop on the most entertaining pets to follow on Twitter.

All pet owners have on occasion imagined what their pet must be thinking in certain situations, but some tweeters have taken their fantasies a step further. We scoured Twitter for the best animal feeds to follow and these five made our short list. We even managed to score an interview with our No. 1 pick!

This San Diego native may be a show horse, but he’s more than just a pretty face. Right As Rain (as he’s known on the show circuit) loves the great outdoors. A self-described goofball, Rainy’s also active on Tumblr, where he brings us daily updates on the sweet life of a four-legged supermodel. With a warm and friendly personality and a penchant for picture posting, Rainy also gets our vote for Mr. Congeniality.

Jason Scott’s furry friend Sockington lives in Waltham, Massachusetts, with his human, and he’s got a lot to say. His amusing commentary on his cat life and current events from a feline perspective has garnered him almost 1.5 million followers to date. He even has a name for his legion of followers: the Socks Army.

The second working animal to make our top five is Cocoa, the pet concierge at the Best Western Plus Chocolate Lake Hotel in Halifax, Nova Scotia. It goes without saying that Cocoa is a chocolate lab who takes his job very seriously. He’s involved in all aspects of the hotel’s operation, from marketing to filing, in addition to helping the hotel’s furry guests and their owners find the best pet-friendly local hotspots. His story was even featured by celebrity dog trainer Cesar Millan!

Romeo the Cat made our list for his selfless philanthropy. As a two-time rescue, Romeo made it his mission to help other animals (including dogs and humans). He’s already raised $6,500 through blogging and social media. But Romeo likes to have fun, too. Check out his feed and donate to a good cause.

Our No. 1 pick of pet Twitter feeds to follow is the feisty (and dark-humored) Egyptian cobra who went missing for a full week from the Bronx Zoo. The vagabond was later found safe and sound in an area of the zoo that isn’t frequented by humans, but not before he managed to find someone’s lost iPhone and set up his own Twitter feed detailing his misadventure in freedom. Now that he’s back in his cage, he continues to tweet, though we’re not sure exactly how Bronx Zoo officials feel about that.

We managed to catch up with Mr. Cobra and get an exclusive interview about his life and times on Twitter. Check it out below.

An Interview with the Bronx Zoo’s Cobra

SheKnows:  We think you’re hilarious. How do you come up with what you’re going to tweet?

Bronx Zoo’s Cobra: My tweeting voice has a lot less emphasis on the “s” sound than my in person (in cobra?) voice. Originally, my tweets were more of a travel-log of the exciting things I was discovering in NYC. Now that I’m back at the zoo, I just tweet about what is happening in the world and in social media desperate to stay relevant in a world where Marco Rubio’s water bottle has a dozen Twitter accounts.

SK: Has the Bronx Zoo expressed any irritation over the account?

BZC: They eventually followed me on Twitter, probably in hopes I would give up my location. I DM’ed them in hopes of working together to help promote the zoo and its amazing attractions, but never heard back. Although I never heard anything negative, I think they missed a huge opportunity to work with me. Frankly, I’m a delight to work with.

SK: Have you had any negative reactions to your tweets? How do people normally react?

BZC: Generally positive responses, but you can’t please everyone all the time. It is amusing to me, when someone bothers to tweet something negative or to tell me that my tweet did not amuse them. Makes me want to give them their money back for wasting their… oh, right! Twitter is free and they aren’t forced to follow me. It’s just nice that people still like to hear what I have to tweet. Snakes often don’t have many friends. :)=

Author’s Note: We didn’t create or falsify any of the above interview. We sent the Bronx Zoo’s Cobra the questions through his GMail account and received those responses several days later. It’s good to know Mr. Cobra’s fame hasn’t gone to his fangs.

Snake-inspired accessories for the Year of the Snake
Why do snakes use their tongues?
Retrovirus infections in snakes