Fashion isn’t just for the females! On Sunday, many men also made the stylish scene to support their leading ladies.

Related story David Beckham Is 'Appalled' By His Son, Brooklyn, Airing Family Drama With His New Wife: 'We Don't Do This in Our Family' 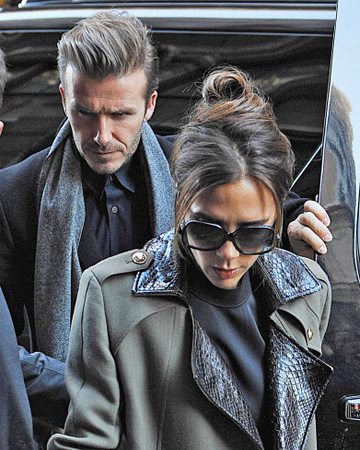 For day four of New York Fashion Week, Victoria Beckham brought along her best accessory to her runway presentation: her husband David! Her man was sitting front row to cheer her on at the New York Public Library, right next to Anna Wintour.

Her fall collection featured perfectly tailored bright yellow and cobalt pieces, and clearly, Posh was thrilled with the results and the crowd turnout. “Amazing show today, my no 1 girl x,” she Tweeted along with a photo of her adorable daughter Harper. All together now: awww!

We hit the Prabal Gurung for Target launch party! >>

Rachel Zoe doesn’t show her line until Wednesday, but she hit up the tents Sunday with her supportive spouse Rodger in tow, who’s sporting a new darker hairdo these days. The happy couple stopped by the Samsung Galaxy Lounge, where Rodger wasn’t afraid to pack on the PDA in front of the photographers. 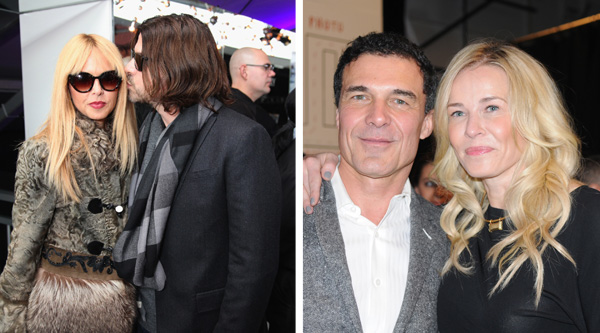 Chelsea Handler also brought her beau Andre Balazs along for the Diane von Furstenberg show, where they took in fashion from the front row. Vanessa Hudgens, Katharine McPhee and Shay Mitchell were also on hand for DVF, which featured patterned and colorblocked versions of her famed wrap dress and head-to-toe metallic menswear-inspired looks. 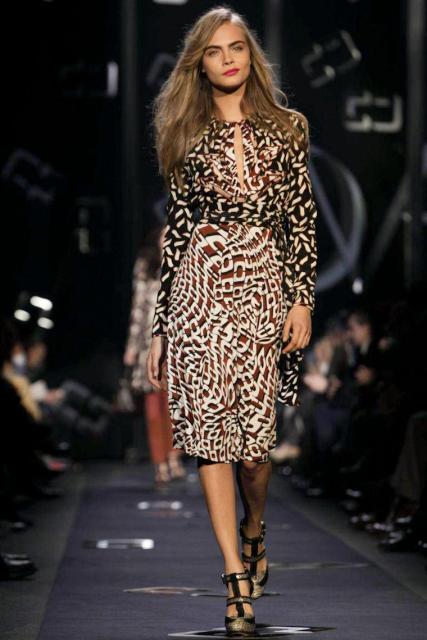 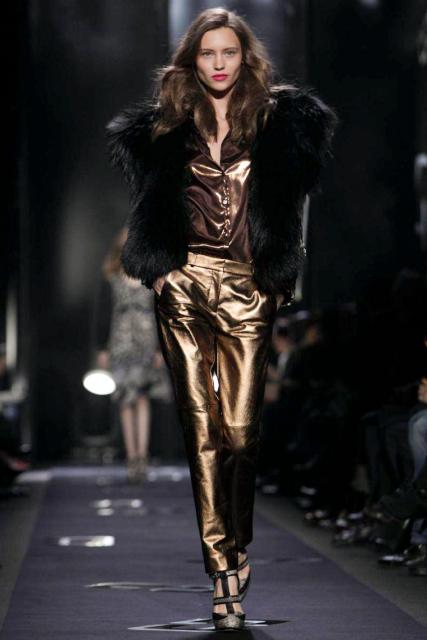 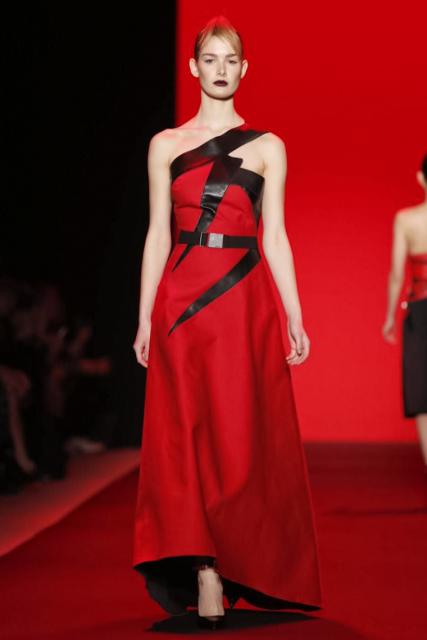 Carmen Electra caught Vivienne Tam’s collection Sunday evening, which just so happened to fall on Chinese New Year. The Asian designer was clearly influenced by her roots and the holiday, using a beautiful red runway to showcase her fall collection, which featured reds, blacks and graphic prints.