The final three designers show their creations to a star-studded crowd at Fashion Week, but there’s a catch — we don’t know who they are yet! Plus, which judge does Heidi sometimes clash with? 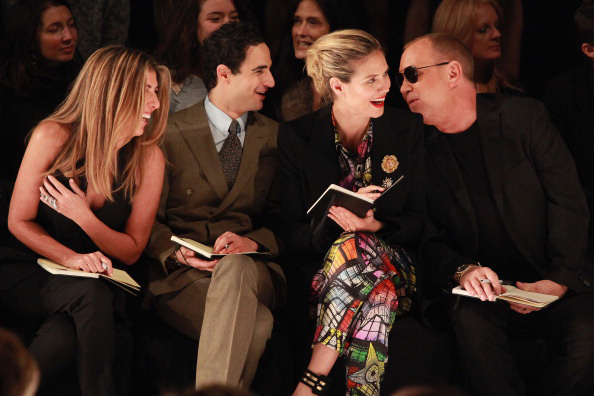 Supermodel and super mom Heidi Klum was on hand to greet fashionistas this morning for the Project Runway fashion show, where the final three contestants showcase their designs every year. With reality cameras rolling, Heidi was joined by her fellow judges Zac Posen, Nina Garcia and Michael Kors (who took season 11 off) to kick off the day and she paused to give props to them all.

“I have to say, Zac, you’ve been doing a fantastic job,” she told the crowd. “It’s not a very easy seat to fill because Michael is fantastic, and you’ve done a great, great job. You’re funny, you know what you’re talking about and I love having you.”

Heidi admitted that sometimes she and Nina don’t see eye to eye, but she still loves her, too. “Sometimes we fight a little bit,” she explained. “We’re not always in agreement, but thank you for being here again today this year.”

“And you know I love you Michael! And I’m happy that you’re here today as our guest judge for the season 11 finale. I love you like my brother,” Heidi finished. But after she introduced her judges, she had to call cut and explain why for the first time in the show’s history, she couldn’t introduce the actual contestants. 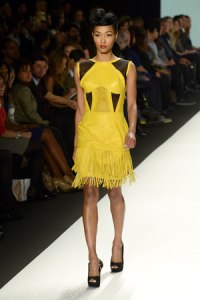 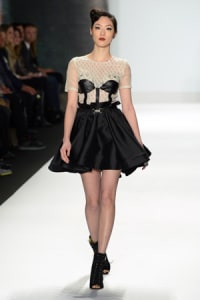 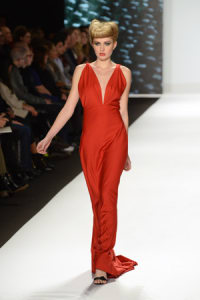 “Because we are only two or three weeks on the air, we have so many designers still that we can’t tell you who is still on the show basically and who is not,” Heidi told the crowd. “We can’t show the designers. They can’t do their speech today for the first time.”

Heidi did share that she’s rooting for one person in particular. “For the first time, I have one designer back there who I’m rooting for but let’s see how the other judges feel about this,” she said.

Even though we had no idea who the designs were by, we can definitely say the fashions we saw were totally fierce! You can see for yourself when the Project Runway season 11 finale airs on Lifetime.