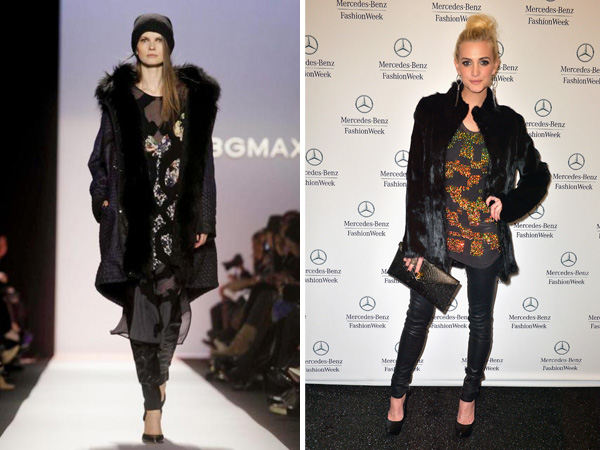 New York Fashion Week kicked off Thursday and there was no shortage of stars at Lincoln Center, ready to see the freshest fall fashion hit the runway. Ashlee Simpson and Vanessa Hudgens (along with boyfriend Austin Butler) hit the Wildfox presentation the night before at Capitale, but Ash was still up bright and early to catch the Richard Chai runway show. She sat front row alongside Christina Ricci and Anna Wintour to watch the latest collection, which featured lots of menswear-inspired looks.

Over at the BCBG Max Azria show, Alexa Ray Joel told SheKnows she has a new job: fashion journalist! Christie Brinkley’s daughter is covering Fashion Week for JULIB.com and said she was excited to interview celebs at last night’s Heart Truth show. Alexa watched the BCBG runway show, which was inspired by the “architecture of Istanbul and the eclectic style of the Gypsies of Southern Europe,” according to designing husband and wife team Max and Lubov Azria.

One thing we found interesting about the presentation, which featured plenty of fur, leather and shift dresses, was that each and every one of the models was wearing a knit beanie. Looks like warm headgear is right on trend, so hold on to your hats, ladies!