Think the only scents that turn guys on are ones that smell like food (e.g. bacon and cinnamon)? So did we! But then we asked some real men what fragrances press their buttons, and we were surprised by the answers. If you’re sick of spending Saturday nights alone, take one of these fragrances out for a spin… 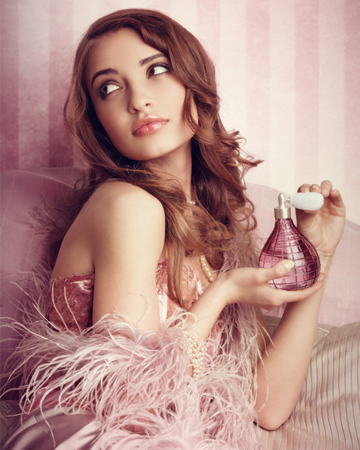 When I asked Tony, an entrepreneur, what his favorite scent is, I was shocked. I had grown up with Tony in the mountains of Western Montana (in fact, he was the first boy brave enough to drive the Forest Service road that led to my home to pick me up for a date). I assumed scents that reminded him of leaves, chainsaw gas and gun smoke would get his motor running. I was shocked by his answer.

Tony confessed, “In 2001 I met a girl from NY. She wore Joy (Nordstrom, $155). Whenever I pass by a perfume shop that sells it, I have to ask if they would be kind enough to let me have a sniff. Most do. As the floral chemistry fills my senses, one emotion surfaces — regret. In that moment, I reaffirm my commitment to never again let a woman who wears Joy go, no matter what her bra size is, no matter what her shoe size is and no matter how many prescription medications she has in her purse. Any girl that can afford that flower juice in these harsh economic times is a keeper.”

Within our small survey, this was a big hit with the boys, more for what it represented than how it smells. Kellan, a 24-year-old owner of a painting business, explains why No. 5 Chanel is his favorite. “OK, so my favorite scent is No. 5 Chanel, the one in the pink bottle (Chanel, $68). My ex-girlfriend wore it, and the smell brings my memory back to good times I’ve had with her. Whenever I smell it on some other female, it instantly attracts me to her no matter what shape, size or appearance. I’m always sure to let them know they smell good and from there continue to flirt, hence why I am single and talking about my ex-girlfriend’s scent!”

We predict this funny boy won’t be single for long, but are you seeing a pattern yet? Does it surprise you how sentimental guys can be when it comes to scent associations? Justin, a 29-year-old country musician, says this fragrance is his favorite for less sentimental reasons. “I like No. 5 Chanel with a hint of whiskey and cigarettes.”

Chad, who makes his living as a comedian in L.A., wasn’t sure which scent puts him over the edge. “The challenge for me is to get a name. Sometimes I will smell a girl (not in a creepy way) and I’ll levitate, eyes fluttering, not knowing what fragrance was the culprit for my little trance.”

When I asked Chad if he could pinpoint a particular scent that triggered these little fits, like floral or musky, he had a hard time singling out the culprit. For Chad, we chose the mysterious and unisex Tom Ford Noir (Sephora, $90).

Josh, a 23-year-old who works two jobs and is saving up for school, brings us full circle with food fragrances. “I like American Eagle’s Crush (AE, $40) because it’s subtle and fruity. It smells like candy to me.” If your guy likes his fragrances like he likes his women, sweet, then give this scent a try.

Another choice is Coach’s Poppy Flower perfume, which the manufacturer describes as, “Happy and fun personality [that] bursts open with sparkling top notes of grapefruit, wet ivy and mandarin…. The flirty drydown leaves behind a soft, playful sexiness with notes of sugared raspberry, musk, sandalwood and creamy apricot skin.” We’re not exactly sure what a “drydown” is, but if this isn’t a recipe for getting lucky, we’re not sure what is.

Dustin, a 21-year-old college student, gets nostalgic when he smells Beautiful by Estee Lauder (Macy’s, $30). “I don’t mean this in a weird way, but the smell of Beautiful reminds me of my mom because she wore it when I was little. It’s sophisticated, but feminine. It just makes me think how a wife and maybe the mother-of-my-kids may smell. When I smell Beautiful, it makes me think of a beautiful person, a loving wife and a great mother.”

Gulp. Tissue please. We’re not suggesting that you try to smell like your boyfriend’s mother, but a scent that is more feminine and evokes feelings of nurturing may have your guy looking at you like wife and mother-of-his-kids material. Dustin proves that when it comes to scents, men seem to be more emotionally tied to certain fragrances than we may have given them credit for.