Beyoncé brought down the house during her Super Bowl XLVII halftime performance — and she did it all in a fierce black leather-and-lace outfit. 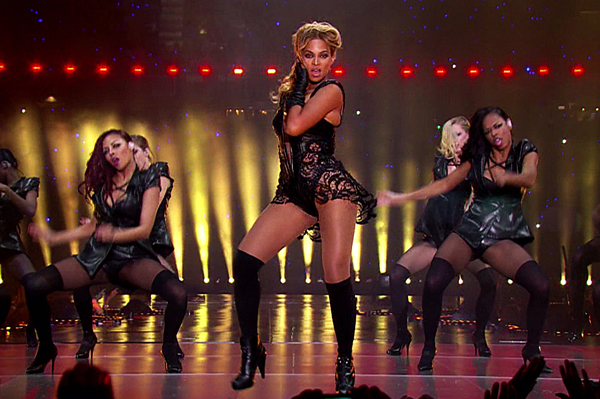 The little-known designer better be ready for the world stage: He designed the futuristic leather-and-lace bodysuit for Beyoncé’s halftime performance at Super Bowl XLVII.

“I have to tell you, this is a moment,” Singer told The New York Times late last week. “It’s the biggest moment of my career.”

Singer — one of Bey’s favorite designers — wasn’t entirely sure at the time that his outfit would be chosen for the performance, but he was hopeful.

“Everyone’s expecting Beyoncé to go with a major designer,” he said. “She knows it’s a game-changer — no pun intended.”

The love affair between Queen B and the New York–based designer goes back several years — and it’s apparent the love is mutual.

“She and I have had a working relationship now for about five years,” Singer told Glamour earlier this year. “And in that time, I’ve been invited to every concert she’s had in New York, she’s introduced me to people she thinks I should work with, she and her team are just incredibly generous people.”

And why does he love dressing her so much? She and sister Solange Knowles are “the only celebrities that always dry clean and send clothes back in a box, with a hand-written thank you note. They are true ladies.“

“When you do a fitting with her, she doesn’t keep you waiting half a day like some celebrities do,” he continued. “When she’s there, she’s present and honest and grateful.”

What did you think of Beyoncé’s Super Bowl halftime performance and outfit?

Beyoncé got her hair done to prep for labor
5 Mommy stars whose style we love
Beyoncé’s birthing wig?

41 mins ago
by Olivia Harvey