There are no bounds nor restrictions that can define the community known as Lady Gaga’s “Little Monsters.” 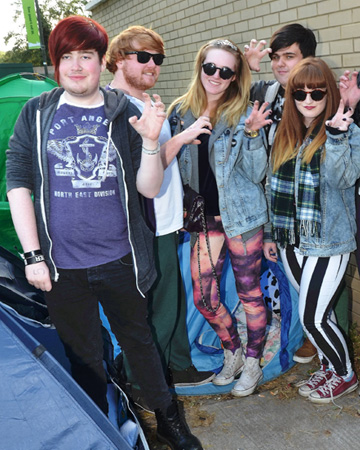 No matter what tough critics or bitter celebrities may say about her, you can’t deny that Lady Gaga fights constantly to be a positive social influence for her fans.

In February 2012, Lady Gaga and her mother, Cynthia Germanotta, launched the Born This Way Foundation at Harvard University. It’s a charity meant to inspire bravery and empower youth. As Gaga brought the Born This Way Ball across North America this winter, she also brought along the Born Brave Experience to each tour stop. The free event welcomes young people to talk about social issues and what they can do to empower one another.

Note: Even though the Born This Way Ball tour is now cancelled as Gaga recovers from hip surgery, her team and the Born This Way Foundation are working on getting the Born Brave Bus out to the remaining cities the tour could not visit.

The best way to understand Lady Gaga’s message is by looking to her music, most notably her third album Born This Way. Arguably among one of the top albums of this generation, its lyrics discuss current political and social issues that define our time and capture the struggles of today’s youth.

Once you understand the music, you must look to Gaga’s fans, the Little Monsters who practice her message and hope to carry it to others. 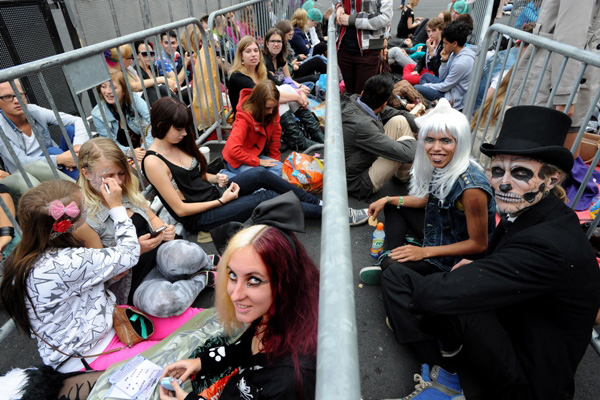 “We can be strong out on this lonely run on the road to love.”

With the song “Highway Unicorn (Road to Love),” Gaga takes us on a fantastical road trip full of hot rods and magical creatures — destination love. It’s a Journey–meets–Rolling Stones anthem transfused with Gaga’s own flare to build up her fans by saying, “Don’t worry: We can get through this together.”

Although Lady Gaga’s avant-garde style can produce sexually-charged performances that are often perceived as provocative, such as when she wears a bra that shoots out fireworks or a dress made out of meat, the singer appeals to even the most conservative of fans simply because of her message of love and acceptance.

“My songs are of the revolution; my heart hurts for my generation.”

— translated from the song “Americano” 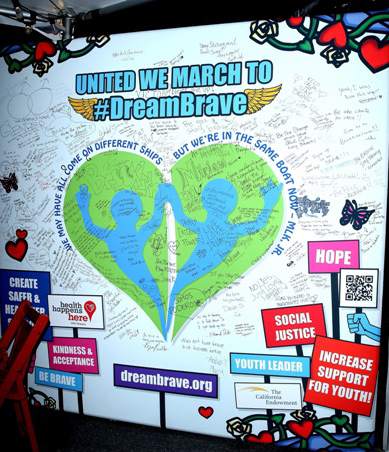 “Americano,” a blend of mariachi and techno pop, has controversial lyrics about illegal immigration and gay marriage, some of which are sung in Spanish. With vocal stylings inspired by Edith Piaf, Gaga sings, “I don’t speak your Americano/ Don’t you try to catch me, living on the edge of the law.”

When Gaga’s Monster Ball tour first arrived in Phoenix, Arizona in 2010, she told the audience that other people in the music industry wanted her to boycott Arizona because of SB1070. The SB1070 law obligates Arizona police to pull over anyone based on “reasonable suspicion” to determine whether or not they are undocumented.

“We need to be active — we have to actively protest,” Lady Gaga said. “The nature of The Monster Ball is to actively protest prejudice and injustice and that [expletive] that is put on our society as a youth because you’re a superstar no matter who you are, or where you come from and you were born that way. I will not cancel my show, I will yell and I will scream louder, and I will hold you and we will hold each other and we will peacefully protest this state.”

“I just wanna be myself and I want you to love me for who I am.” 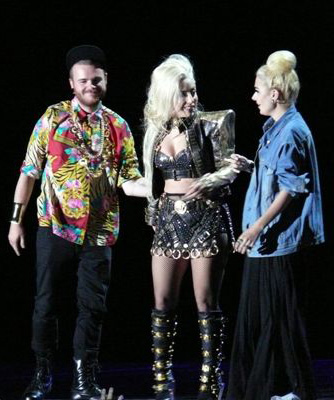 Gaga rocks out on her Bruce Springsteen-esque track known as “Hair,” a song that pays homage to ’80s glam pop music. Throughout the song, she sings of her high school woes: “Mom and Dad, why can’t I be who I wanna be?”

Teenagers have forged a strong connection with “Hair,” and a group of high school kids even made their own music video to the song in honor of the It Gets Better Project.

During concerts, Lady Gaga delivers sermons, urging her fans and attendees to love themselves, believe in themselves and know that they are “born this way.” Her preachings come from a very personal place: She has always been open about being bullied as a teenager, as well as her struggles with bulimia.

Gay political science major Greg Breeden was moved when he went to see Lady Gaga for the first time in concert. He had just come out to his parents, so being at the concert was a huge celebration.

Lady Gaga’s message of self-empowerment started to appear in her music with the song “Born This Way.” The song’s chorus proclaims, “I’m beautiful in my way, cause God makes no mistakes/ I’m on the right track baby, I was born this way.”

Breeden still remembers the day the song was released. He cried in his car on the way to school as he listened to the song because it meant so much to him.

He said with a smile, “It’s really empowering to know that the most famous woman in the world is on my side and is looking out for me.”