There was a common trend among female celebs at the 2013 SAG Awards: dark dresses — specifically, black and blue gowns. We’ve rounded up a few of our favorites, but who do you think looked the best? 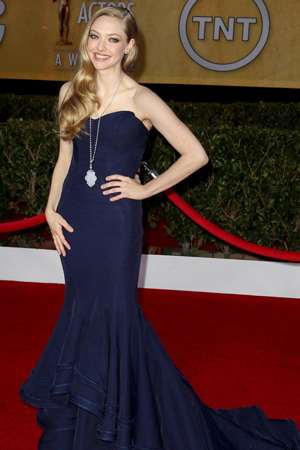 Les Miserables stunner Amanda Seyfried was one of the best dressed of the night in her navy Zac Posen fishtail gown. 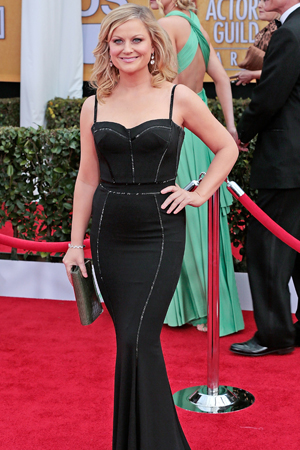 Parks & Recreation star Amy Poehler is as sexy as she is funny in her form-fitting black gown by Zuhair Murad. Eat your heart out, Will Arnett. 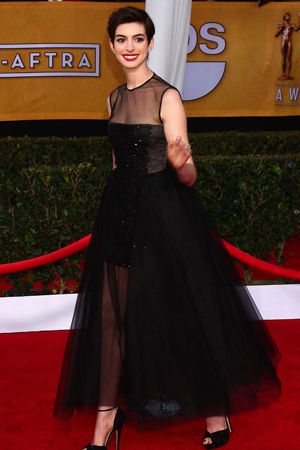 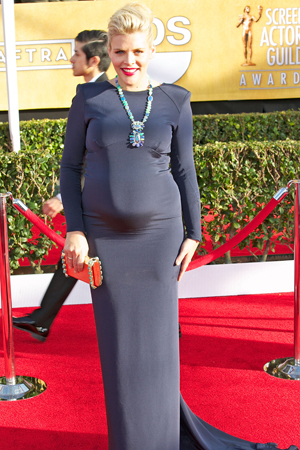 SheKnows Mommaloguer Busy Philipps “embraced the baby bump” at the 2013 SAG Awards. The Cougar Town actress opted for a Gabriela Cadena gown that showcased her growing belly. FYI: She’s due in June! 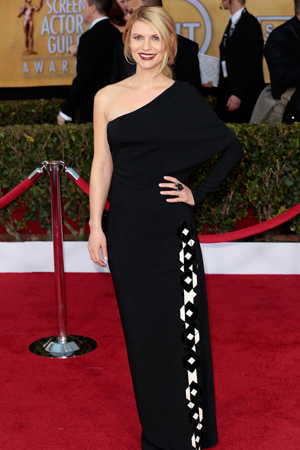 Homeland actress Claire Danes wowed us with her one-shouldered black gown by Givenchy. However, it was her dark lipstick that really caught our eye. 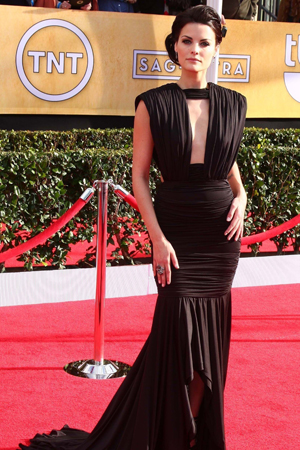 The Last Stand stunner Jaimie Alexander made a serious splash on the red carpet in her black (and sultry!) Marc Bouwer gown, complete with side cutouts. 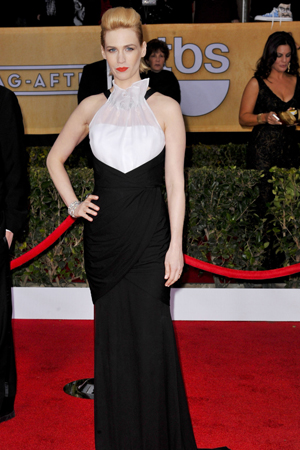 We weren’t sold on the look, but Mad Men star January Jones did made quite the splash in her edgy ‘do and Prabal Gurung gown. 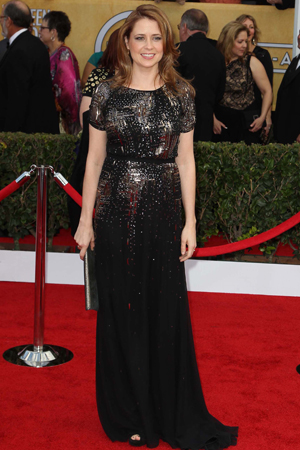 The Office star Jenna Fischer is one of the quiet ones on the red carpet, but you can always count on her to look smokin’ hot. Case in point? The Jenny Packham gown she wore to the 2013 SAG Awards. We definitely understand why Jim loves Pam so much. 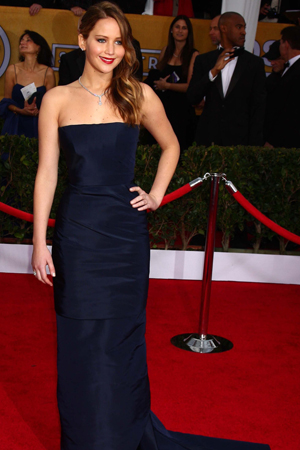 Jennifer Lawrence was sick at the 2013 SAG Awards, but you wouldn’t know it. The Silver Linings Playbook actress looked incredible in her navy Christian Dior Haute Couture gown. 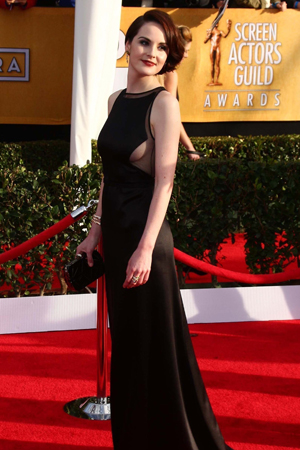 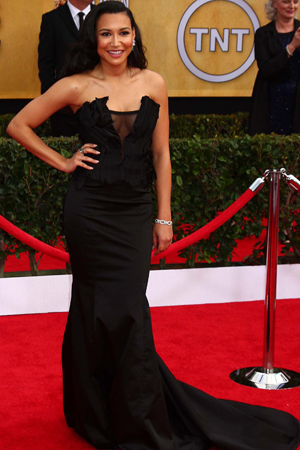 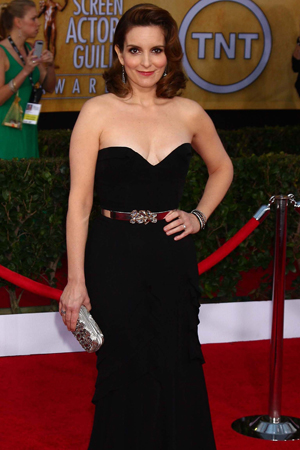 Who looked the best in black and blue at the 2013 SAG Awards? Sound off in the comments below!