Our favorite television stars really brought their fashion A-game to the 2013 Golden Globes. They all looked fab, but we decided to pit them against each other in a fashion face-off. 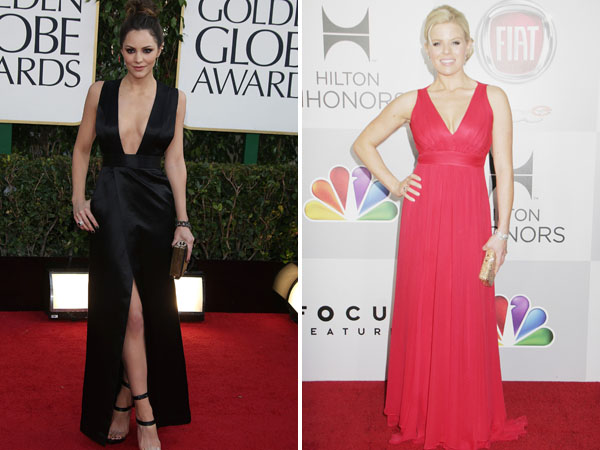 Smash star Katharine McPhee made us do a double take when she walked the red carpet in her daring Theyskens’ Theory gown, co-star Megan Hilty also struck a chord in her red Novis dress.

Winner: McPhee. Too many stars opted for red for the Golden Globes, while McPhee took a fashion risk with her look. 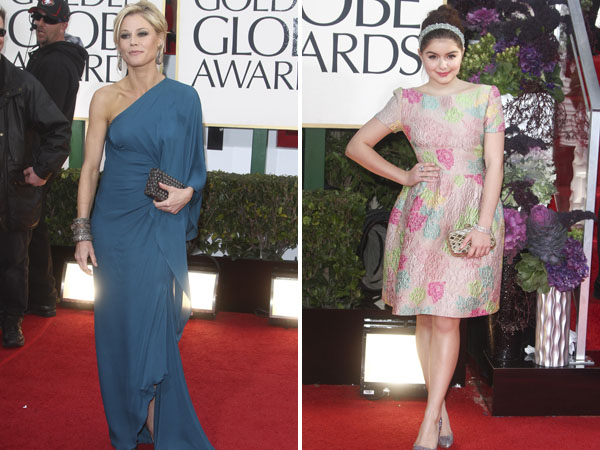 The four main ladies on Modern Family — Sofia Vergara, Sarah Hyland, Ariel Winter and Julie Bowen — all know how to work the red carpet, but only one can win this fashion face-off. So, who’s it going to be? Vergara was her typical sexy self in a black Michael Cinco gown, while Hyland went full sex kitten in her Max Azria Atelier gown and bombshell hair.

Bowen and Winter, on the other hand, went the safer route in their Halston and Valentino gowns, respectively. 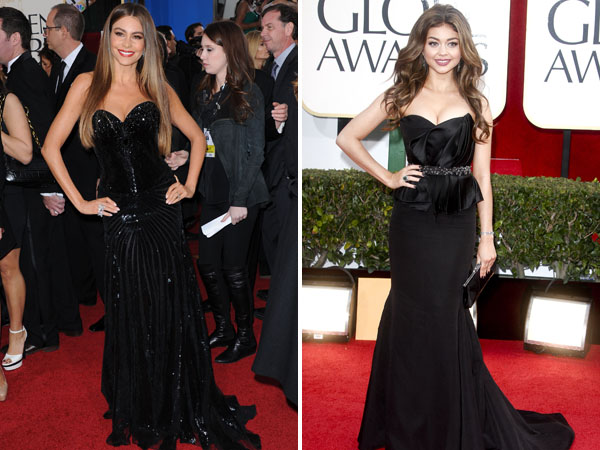 Winner: Hyland. She looked fab, even if she broke out in hives Sunday morning. 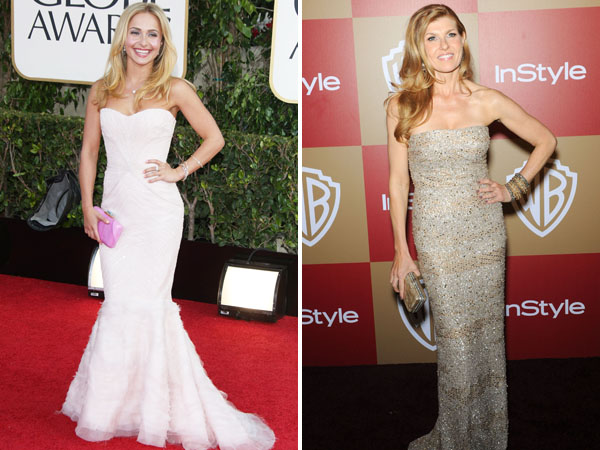 Hayden Panettiere and Connie Britton battle it out each week as Juliette Barnes and Rayna James on Nashville, but at the Golden Globes, they battled it out with fashion, not music. Panettiere looked fab in her Roberto Cavalli, while Britton struck a shiny pose in her neutral strapless dress.

Winner: It’s a tie. They both look fab. 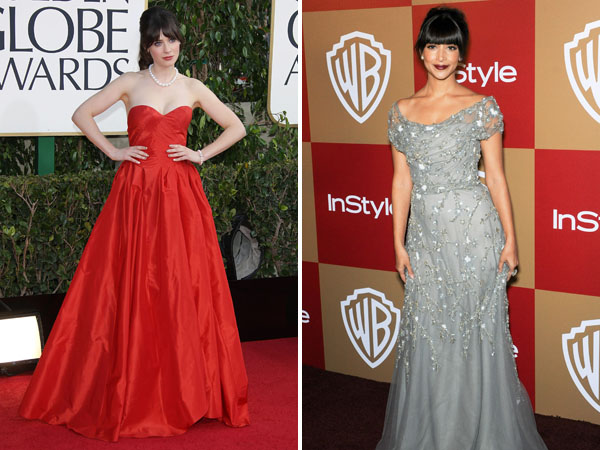 Winner: Deschanel. We’re so happy she’s embracing designer fashion, ’cause it looks so good on her.

Tell us: Who was the best dressed at the 2013 Golden Globes?