Nicki Minaj and Adam Levine are both venturing into retail with their own custom clothing lines. 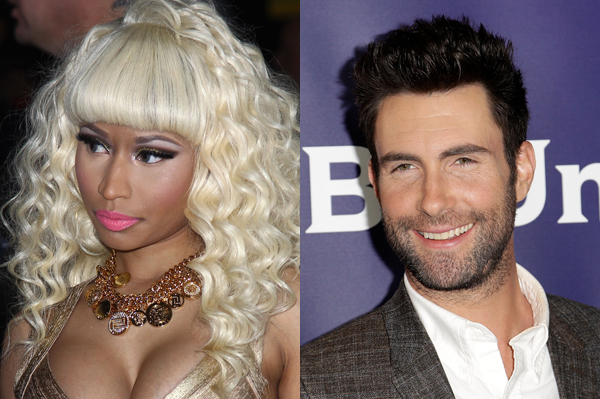 Have you ever looked at Nicki Minaj’s colorful outfits and thought, “Man, what wouldn’t I give to dress like her”?

Yeah, we haven’t either.

Still, the self-proclaimed black Barbie is coming out with a clothing and accessories line, according to the New York Post. She’s not alone: Adam Levine is also set to come out with his own collection.

Where might you find the Minaj and Levine creations? They’ll likely land at a mass retailer.

“The Kohl’s partnership with Marc [Anthony] and Jennifer [Lopez] has been hugely successful,” a retail insider told the Post, adding that the lines will go to stores like Target, Walmart or Kmart.

Celebrity clothing lines are the new celebrity fragrance or nail polish collection — and another way to squeeze every last dollar from fans eager to look like their favorite celebs. And they do bring in the dollars.

The Kardashian sisters sold millions of dollars’ worth of clothes, accessories and housewares in their Kardashian Kollection. Bethenny Frankel also sold her line of Skinnygirl cocktails, shapewear and fitness accessories to Beam Inc. (the company that owns Jim Beam whiskey) for a reported $120 million.

It sounds like Minaj is already on the way.

“Barbz, I am happy to announce that the Pink Friday fragrance was the #1 new launch @ Macy’s this past December/Holiday Season =) Thank you!” she tweeted on Monday.

As for her clothing line? She told Rolling Stone that the most important thing is to make it affordable.

“I’m really looking forward to it because I feel like my fans are always asking me, ‘Where’d you get this? Where’d you get that?’ and sometimes they can’t afford certain things, so my biggest goal was to make a line that was going to be affordable to my fans and also rich enough in quality that they’ll feel like they’re wearing exactly what I’m wearing,” she said. “I’m really excited about that.”

Will you buy clothes made by Adam Levine and Nicki Minaj?