How many women out there would actually consider themselves strong, independent alpha women? We asked our readers and got some interesting answers.

Power doesn’t mean having chest hair and carrying a big stick. It means having the audacity to assert yourself and get what you want – and women of late have been proving themselves rather skillful at this in both the home and workplace. So what does the average alpha woman look like? We asked our readers. 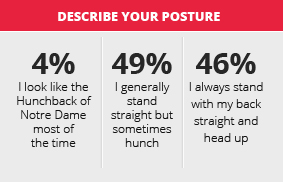 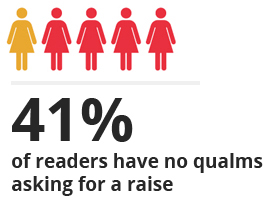 Only 12 percent said they would wait for a manager to approach them.

The number of moms who feel like they’re in control of their kids all the time: 9 percent.

Of those moms, 66 percent are juggling a full-time career in addition to their family lives.

In matters of style, the average SK reader prefers to be more conservative. Only about 8 percent said they avidly try new beauty and fashion trends.

The percentage of women who would ask a guy out: 37

The number of women who know the basics of self-defense: 57 percent

The top reason among these women for dieting and exercising: Keeping a good physical appearance
The number of women who consider fitness a top priority: 35 percent

Percentage of women who like to experiment with cooking: 35

45% of women would rather be single

Preferred hairstyle for looking like a boss lady: Long and blown out

In close second: Short and sleek

Get all the secrets to being a strong, dominant woman in 2013 in our January issue. Click here.