These days, women are frequently outearning their husbands. They have high-powered (high-stress) jobs, kids to take care of and often take charge of all the household duties like paying bills, cleaning and more. It’s enough to give anyone an ulcer (or panic attacks or heart attacks). 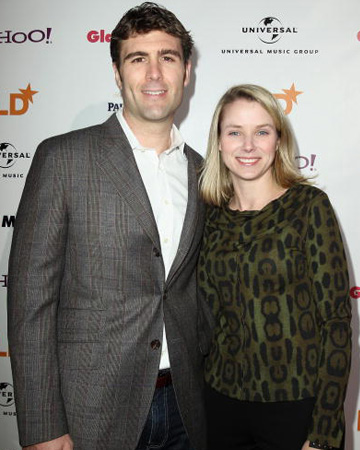 It’s a lot harder to let go and delegate at work, so the best place to start is at home, where you’ve got a supporter who’s on your side. Learn to ask for help (and learn to accept it) with the support of your adoring hubby!

We’ve spent hundreds of years striving for true equality. While there are still some issues (and likely always will be), we’ve mostly succeeded. In fact, modern men have no problem being outearned, out-educated — even out-video-gamed — by their best gals. Some even consider it a badge of honor.

The problem is, we’ve achieved the unalienable right to excel at things that are traditionally “male” roles (being bosses and CEOs, playing sports professionally, working in politics and more), but we haven’t given up any traditional “female” roles.

We want to do it all. We want to be Hillary Clinton meets Martha Stewart. Blame it on Barbie. That girl was an impeccably dressed doctor-hula girl-astronaut-fitness instructor-cowgirl-model-football coach-Playboy Bunny-you get the point — with a really, really hot boyfriend who did whatever she told him to.

But the reason gender roles existed in the first place is because one person can’t do it all. In the past, they split it by gender. These days, we need a more creative (less gender-biased) approach. It’s easy enough to fix, though. Just recite these mantras to undo the bad lessons you learned as a kid.

Mantra 1: Barbies are for boys, too

The great thing about Barbie is that she taught us we could be anything we wanted to be. Unfortunately, Ken was missing both her ambition and a very key appendage, which may have inadvertently taught us a different lesson.

Earning less than you doesn’t mean he suffers from the same shortcomings Ken did. He may be comfortable with the pay difference, but he doesn’t want to be Lower Paycheck Ken. He just wants to be Equal Partner Steve (or Jack or Charlie). It’s not paying for everything that makes modern men feel “manly.” It’s taking care of their families. If you need him to do something, just ask.

Mantra 2: Boys like to play house… no one likes nagging

Little girls wouldn’t be able to play house properly without willing boys to act as husbands. But somehow, when we get married, some of us are convinced boys can’t do anything “the right way.”

“Your way” isn’t necessarily “the right way.” Your man grew up watching his parents doing things a certain way, and he’s likely to do it that way as an adult. Unless he’s using the same sponge inside the toilet that he uses to wash dishes, let it go.

When you ask him to do something for you, you should be concerned about the end result, not the exact methodology. If he wants to vacuum east to west and you prefer north to south, just let it go. The floor still got vacuumed, right? If you’ve been doing this for years, he may have questions. Answer those, but don’t micromanage.

If your husband’s a sports fan, you already know the drill. Once (or twice) a week, the rest of the world stops and his entire being rests on whether his team is doing well. Take a lesson from that. Maybe he hangs out with his friends, maybe he just watches the game at the house, but either way, he’s taking some me-time.

If you like sports, join in. If not, find another way to get away. Do a spa day, lock yourself in your room to read a book, go out for fancy martinis with your BFFs… it doesn’t matter what you do, so long as it makes you happy and gets you away from the stress of life.

Take a night once a month to just spend time with your special guy. This is your chance to be who you always wanted to be in front of the one person in the world who already thinks that’s who you already are… Super Barbie.

39 mins ago
by Taylor Jeffries