If we want to rise through the ranks and be seen as “the boss,” it’s time we stop dressing like the person who gets her coffee! As we begin a new year at work, many of us need to focus not only on what we can achieve professionally, but how we want to be perceived professionally.

Related story The Best Shoe to Pair With Every Type of Bottom
What does your outfit say about you? 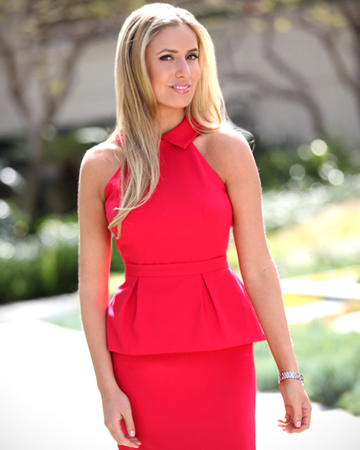 With goals, deadlines and targets to reach, it’s easy to become so engrossed in the doing of the job that we forget the importance of correctly dressing for the job. It’s important not to overlook that, ultimately, you are the most important part of every presentation you make.

Whether we like it or not, how we dress every single day, from first interview to key client meetings, sends a very clear message about who we are, how we view ourselves and how seriously we take the job we’re doing.

Power dressing and what it used to be

“Seldom do people discern eloquence under a threadbare cloak.” – Juvenal

A lot of people have negative associations with power dressing, thinking of those silly 80s oversized shoulder pads that made us look more like quarterbacks than qualified professionals. Like any woman who is proud to be so, I too find the concept of dressing like a man in order to feel like a powerful woman detrimental to the cause.

But before you burn your briefcase along with your bra, think about how some of the most powerful and inspiring women of our time use fashion as an extension of their personal brand.

“Fashion is a powerful weapon that can be used by you, or against you. The choice is yours.”–  Kathryn Eisman

They understand that these days power dressing is a metaphor for a woman’s ability to use her clothing to create an image that helps advance her career and cause. Fashion is one of her many tools.

Take Hillary Clinton’s sturdy red, white and blue suits for example. Or Michelle Obama’s optimistic all-American frocks. Look at Yahoo’s Marissa Mayer’s game-changing couture or even Mother Teresa’s humble servant-of-God threads. Check out Beyoncé’s superstar, spotlight-stealing get-ups or Queen Elizabeth’s comforting, conservative and regal twinsets. Each of these women successfully uses clothing to carve out the unique image of who they are and what they stand for.

So if the image you want to portray in 2013 is that you have what it takes to be “the boss,” these are the clothes you need in your wardrobe… as well as some you need to avoid!

What it says: “I’m the captain of this ship.” 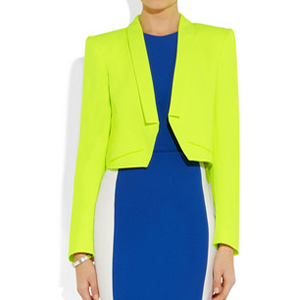 Why: It’s no accident that every military uniform in the world features blazers with square shoulders. Square shoulders are a subconscious symbol of power and authority. But to avoid falling into that quarterback trap of decades past, the new power jacket features a far more narrow, longer and leaner silhouette. Instead of a boxy shape, opt for a blazer that falls in a more relaxed way along the body. And skip the buttons in favor of a minimalistic look. Wear it over a dress or with pants and a shirt.

Avoid: Cardigans may be comfy, but the sweet and demure rounded shoulders and delicate buttons are still seen as the stuff of secretaries, not the women in charge. 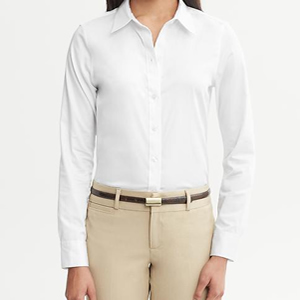 Why: Psychologically, white is calming and is associated with simplicity, organization and efficiency. It is the color associated with equality, and fairness. It’s a great color to begin the new year with, as it symbolizes a fresh start. Buy this blouse here.

Fun fact: Historically white shirts where worn exclusively by bosses, while blue was worn by the employees, hence the “white collar” and “blue collar” terms.

Avoid: Anything too sheer that allows your colleagues to see a glimpse of your bra, or any button-down shirt that’s too tight across the bust and risks exposing you mid-meeting!

What it says: “I’m professional and dependable.” 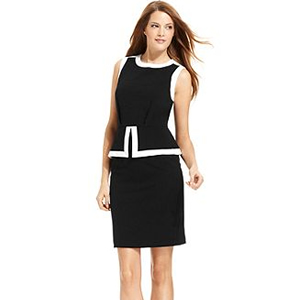 A favorite of many well-known women, including the Duchess of Cambridge to Carla Bruni, the knee-length, semi-form-fitting sheath dress is a must-have in any powerful woman’s wardrobe.

Why: The clean lines speak to your strategic thinking. The modest hemline means you’ll never be the stuff of water-cooler fodder, and the tailored silhouette says you’re a woman and not trying to hide it. Opt for a single color that has a flattering, elongating effect and add a statement necklace or cuff for an extra pop.

Avoid: Any hemline more than 2 inches above your knees. No matter how great your set of pins, you want people focused on your work, not on your leg workouts. Never give your colleagues material that they can use to undermine your competence. You’re a career woman, not a sex symbol.

What it says: “I’m powerful and confident.” 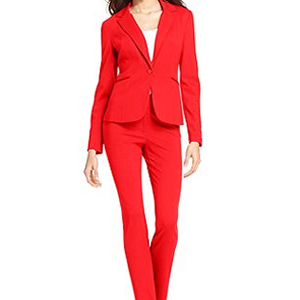 Fashion designer Bill Blass once said, “When in doubt, wear red.” How right he was! Red has always been the color most closely associated with power and confidence. In France during Louis VIV’s reign, red-soled heels where allowed to be worn only by those in favor of the king. Today, wearing exclusive red-soled heels is no less a status symbol, a fact that has made Christian Louboutin a very rich man!

Why: Research has shown that colors can greatly affect our moods and the way other people respond to us. Energetically, red is the color of passion and action. At once warm, strong, energizing and motivating, red signifies a pioneering sense, ambition and determination. It can also give confidence to those who are shy or lacking in will power.

Avoid: Too much yellow. While it is the happiest of all colors, it is also perceived as unstable and can make the wearer appear weak or indecisive. Similarly, grey is associated with low energy and passivity. If you do wear grey, be sure to offset the negative effect by pairing it with brighter colors.

What it says: “I’m organized.” 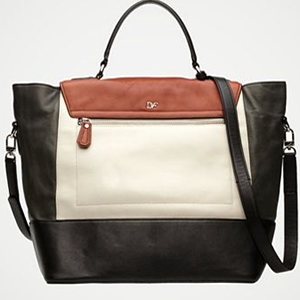 A structured bag in a dark color is a great substitute for the briefcase and shows that you are organized, armed and prepared for anything. You needn’t spend a fortune on a designer bag (unless you want to, of course), and should avoid any garish label or gold details, which can alienate people or over-shadow your personal brand.

Avoid: Any slouchy bag or massively oversized tote conveys a lack of discipline and organization. If it takes you ten minutes to find your car keys, do you really have what it takes to be a leader?

What it says: “I take care of things.” 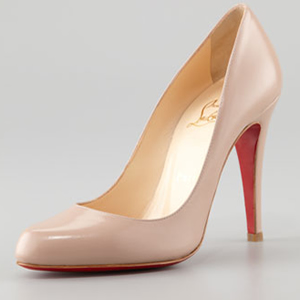 From army generals to would-be suitors, having a pair of polished, well-maintained shoes is associated with someone who takes pride in themselves and knows how to look after things. For example, the company they work for.

Avoid: Open-toe shoes, stripper-inspired platforms or anything scruffy. Remember, wearing an old pair of shoes will ultimately cost you more than the price of a new pair.

When it comes to jewelry, avoid anything that makes more noise in the meeting than you do! While wearing dangly earrings may be a fun on a Saturday night, did you know that in the early 20th century, dangly earrings were associated with a woman being of “dubious character”? Today, the safest bet is a simple, clean stud.

More on dressing for success