With every New Year comes a new list of must-see spots around the globe, and we have scoop on where to go and what to see in 2013. 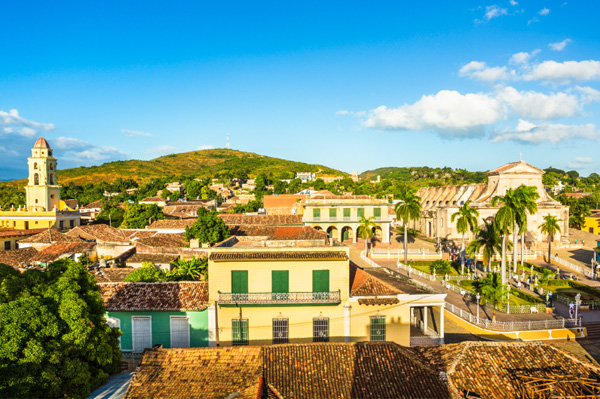 We asked Peggy Goldman, travel expert with more than 30 years in the travel industry and owner of Friendly Planet Travel, a leading full-service travel agency that specializes in all-inclusive tour and cruise packages to destinations all over the world, to share her insight into the hottest spots to visit in 2013.

Number one on Goldman’s list of top travel spots for 2013 is Cuba. “It’s the hottest destination around today, period,” she says. The reason behind the surge is a recent policy put in place by President Barack Obama that allows U.S. citizens to travel to Cuba legally via something called “people-to-people” licenses. These licenses allow organizations such as tour operators to legally organize travel to Cuba for educational purposes, she explains.

“Because Cuba has been off limits for so long, most Americans have no idea what’s there,” Goldman says. She got her licence in 2011 and the feedback she has received so far has been very positive. “There are very few tour operators who have this but we are all experiencing the same thing: Cuba is a place people want to visit. Departures are selling out.”

Another destination that is just beginning to emerge as a must-see is Myanmar, Goldman tells us. “From what we can see it’s going to be another very hot destination in 2013.” This Southeast Asian country, formerly known as Burma, has been closed-off from much of the world for a very long time and has only recently opened its doors to travelers. “Going to Myanmar is like going back into the past,” she says. “People are starting to realize this is one of the last places in Asia to experience that traditional culture.” Besides the allure of an off-the-beaten-track destination, Myanmar offers great food, friendly people, temples and lush greenery. “Outside of cities you really find out how Asia was throughout history,” adds Goldman.

Another destination that has piqued Goldman’s interest for the coming year is Columbia; a country she says is finally coming into its own. “What has happened is that the country has changed a lot and there has been an effort to pacify the country and make it safe for its citizens and thereby safe for tourists,” she explains. It doesn’t hurt that Columbia is a beautiful country with lots of offer,  including mountains, beaches, historic landmarks and cosmopolitan cities. “It’s a colorful country and it’s a bargain. You can go to Columbia for a good price,” says Goldman. “It’s also very sophisticated with lots of boutique hotels.”

Until now there have been people visiting Tanzania, but only to go to Ngorongoro Crater as part of a larger trip or package tour to Kenya, but interest in Tanzania as a stand-alone destination is growing, says Goldman. It’s a prime destination for an African safari, with its extensive array of national parks and game reserves. “If you want to see animal migration you can go to Tanzania any time of year. It’s a spectacular thing to see.” Tanzania also boasts the second largest fresh water lake in the world, eight UNESCO World Heritage site, rich culture, Mt. Kilimanjaro and the beaches of Zanzibar among many other attractions. It’s not hard to see why this African destination is becoming increasingly attractive to tourists.

Move over France and Italy, there’s a new European hot spot poised to take over. “A destination in Europe that’s really going to crescendo in the coming year is Croatia. It’s been getting more and more popular but it’s going to explode in 2013,” says Goldman. Lush forests, gorgeous coasts, national parks, medieval cities, incredible cuisine — all contribute to Croatia being a versatile place to explore. “It’s a new place to discover in Europe and it’s affordable enough to linger,” she explains. “Croatia is every bit as fascinating as going to Paris for the first time.”

Japan has had a rough time lately after being hit with both an earthquake and tsunami in recent years. While tourism here has always been limited because of cost, the aforementioned natural disasters didn’t help draw visitors to the country, but that’s starting to change, says Goldman. “It’s always been an expensive destination, but since the disasters tourism has died. Now they’re starting to figure out ways to bring the tourists back,” she explains. “A few tour operators have managed to create some nice affordable tour packages so people can begin to experience the country. More and more people have been visiting and we’re seeing more and more bookings.” What are they going for? Likely the diverse landscape (from mountains to islands), hot springs, architecture, shrines and temples, waterfalls and buzzing urban centers.

Known to many as the jumping off point for exploring the Galapagos Islands, Ecuador is ready for the world to take notice of everything else it has to offer. “The Galapagos is always an attraction, but Ecuador itself is an incredibly interesting country,” says Goldman, who is confident this South American country is on the rise. It’s accessible because it’s inexpensive and with so many opportunities to experience nature it’s also a particularly attractive destination for families, she explains. “Volcanos, cloud forest, fascinating indigenous culture you can meet, colonial cities — there is always something new and fresh to experience.”

7 Spas around the world for a post-holiday detox
5 Best holiday festivals in the U.S.
Budget travel: Warm winter vacation getaways