Ringing in the New Year means more than watching a ball drop and toasting with a glass of Champagne. Make sure yours is spectacular in 2013! 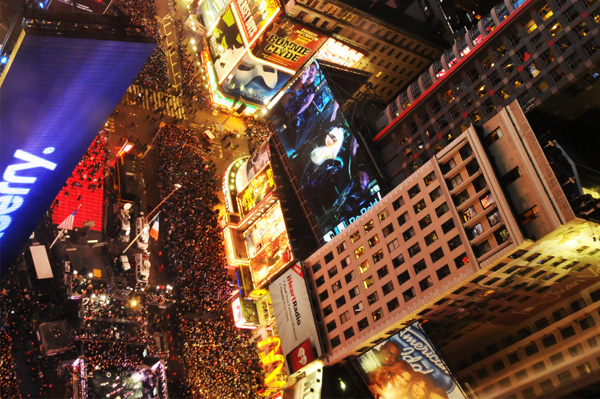 New Orleans is known for its friendly neighborhoods and lively singles scene, which makes it a top pick for New Year’s Eve party destinations. There’s a fireworks show overlooking the Mississippi River just after the midnight ball drop. New Orleans also ranks number one for people-watching, so after the fireworks head down to famous Bourbon Street for some drinks, laughter and old-fashioned people-watching.

Vegas is where the party’s at all year long, so don’t put it past them to throw one heck of a New Year’s Eve bash. Since Vegas doesn’t have any laws against drinking on the streets, expect this party to get wild. People gather around the Strip starting early in the evening and party all through the night. The weather’s great, there’s live musical performances and even a fireworks show to keep you entertained (in addition to the world-class restaurants, hot night clubs and casinos galore).

A new must-see place to spend New Year’s Eve is Denver, Colorado. There are plenty of family friendly activities, concerts, fireworks and more taking place in the Mile High City. Downtown Denver has a wide array of dining options and bars, and you’ll be entertained with street shows — including magicians, balloon artists, stilt walkers, comedians and more — while you celebrate. If the kids are with you, consider Zoo Year’s Eve — you get a night out while your kids get to spend the holiday exploring Zoo lights and learning about the animals.

And finally, spend New Year’s Eve in the Big Apple watching the infamous ball drop from the 77-foot flagpole at the top of One Times Square, a tradition since 1904. Though most people — think 1 billion worldwide — watch from the comfort of their own home, there’s nothing quite like being there. Consider seeing a Broadway play beforehand and grabbing dinner and a drink at Olive Garden afterward, where you can watch the ball drop if you wish to avoid the chaos. In addition to the ball drop, one ton of colorful confetti will be dropped from way up high. Make sure to dress warmly, as the temperatures could reach below-freezing.

As with any party, if you plan on drinking this New Year’s Eve make sure to stay safe by planning ahead. Have a designated driver or plan on taking a cab before anyone takes a sip.

6 hrs ago
by Summer Cartwright