Laundry day is not without its bloopers, and you’ve shared some doozies with us. SheKnows is crowning the craziest laundry moments ever, so sit back and get ready for a good laugh! 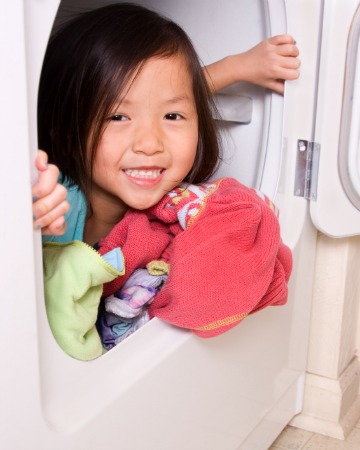 A little bit of water can cause a big problem, as Chantalle Edmunds, mom of six from Rockford, Illinios, found out.

Start the day off bright this school year >>

“Just after moving into a brand new house, I was doing laundry. Somehow in the move one of the hoses on the washer got loosened and flooded the laundry room, hallway and foyer,” she said. “It started dripping down into the basement and set off all the smoke detectors in the house because one got wet in the basement. I tried everything to turn off the smoke detectors — flipping the switch on the circuit box, taking the batteries out of the ones I could reach. After I cleaned up the water I sat in a room that didn’t have a smoke detector and closed the door until the builder came to fix it.”

Those special instructions on the detergent bottle aren’t there just for your entertainment, a lesson Shannon Gunning, mom of two, learned the hard way.

“I used regular [detergent] in my HE front loader right after we got it four years ago. There were suds everywhere!! I learned my lesson then!” she said.

Everything has a learning curve, but teaching our kids how to do laundry comes with its very own funny moments.

“When I first started having my oldest son take clothes out of the dryer, I went upstairs and couldn’t find him. I suddenly realized that the door to the dryer was open and clothes were being flung out,” said Jenn Duska, mom of two from Columbus, Ohio. “When I got closer, I realized he was inside the dryer throwing the clothes into the basket like I asked. When I asked him why he was in the dryer, he told me it was because he was too small to reach the clothes in the back!” 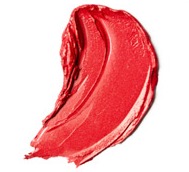 Stains in clothing are never funny, but they can lead to funny situations.

Kathi Wilson, mom of two and grandmother of three from Groveport, Ohio, missed a lipstick container going into the wash with a load of whites. Everything came out with pink lipstick smudges, including most of her husband’s underwear!

Dazzle at the school drop-off line >>

“He had a procedure at a doctor’s office a few days later,” said Kathi. “He had to take off his shirt, and when he turned around, his underwear were sticking out in the back and they had lipstick all over them. I didn’t tell him we could see it!”

Courtney Taylor’s 9-year-old daughter has a pet frog that has a knack for getting out of its cage. One night, after giving up on a long search for the slimy creature, she resigned herself to the laundry room. Imagine her surprise when she found the frog in her clothes basket as she was loading the washing machine.

“The laundry room is two floors down from its cage,” said the Ohio mom of two. “I don’t know how it got there!”

Courtney also had a crazy critter memory from her childhood. “We had a lot of cats when I was a kid, and we had one cat that loved to nap in the open dryer because it was warm in there. One day, my mom started a load of laundry and we heard a ‘thump’ sound over and over. We opened the dryer, and the cat ran out! Luckily, he was OK, just a little shaken up,” she said.