With people around the country gearing up for one of the biggest shopping days of the year, Walmart workers are threatening to strike on Black Friday. 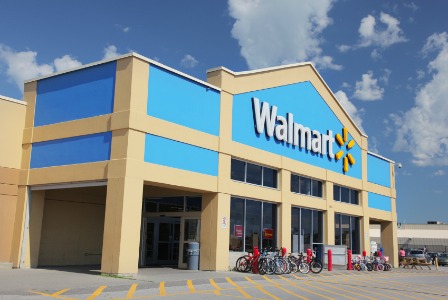 According to news reports around the country, Walmart workers in as many as 1,000 locations could begin striking as early as today in cities such as Chicago, Dallas, Los Angeles and Miami. A contingent of workers is upset that Walmart stores are opening at 8 p.m. on Thanksgiving Day, cutting into their holiday.

Despite the threats, the number of workers expected to strike is an extremely low percentage. Walmart says that 1 million associates will be working throughout the holiday weekend. So, don’t expect your shopping experience to be any different at Walmart on Black Friday — but you might need to wade through the strikers to get to the door. With all the shoppers, you might not even notice. The National Retail Federation estimates 147 million people plan to shop this weekend.

Is it now Black Thursday?

In recent years, retailers have been opening earlier and earlier to begin the Black Friday sales. What used to be 6 a.m. opening times have turned to midnight or earlier for many stores.

This year, Walmart isn’t the only retailer opening its doors on Thanksgiving evening. Sears will also open at 8 p.m. with Target an hour later at 9 p.m. Kmart workers will be busier than most. Kmart stores will be open Thanksgiving Day 6 a.m. to 4 p.m., then reopen again at 8 p.m.

From California to Florida, many shoppers around the country are already in line at stores like Best Buy, Walmart and Target. Some people are willing to camp out all week to nab hot deals on electronics, toys and other goods.

With some of the best bargains available in extremely limited quantities, many shoppers think it’s worth it to camp out for days, even if that means missing Thanksgiving dinner with the family.

What’s on sale at Walmart

Walmart has hundreds of items on sale for Black Friday, with some of the best deals on electronics.

Check out their “1-Hour In-Stock Guarantee” from 10 to 11 p.m. These three door-busters: Apple iPad 2 with a $75 Gift Card ($399), Emerson 32-inch HDTV ($148) and LG Blu-ray Player ($38) are guaranteed to be in stock during that hour at Walmart retailers. If your store sells out, then you can purchase the Walmart “Guarantee Card” to make sure you get the item before Christmas at the special Black Friday price.

To find out what else is on sale, you can check out the entire Walmart Black Friday ad scan online at bfads.net.