It’s Thanksgiving week and that means more than just turkey, football and family; it means shopping. Black Friday is the biggest shopping day of the year, and some dedicated shoppers are getting a head start — a big head start. 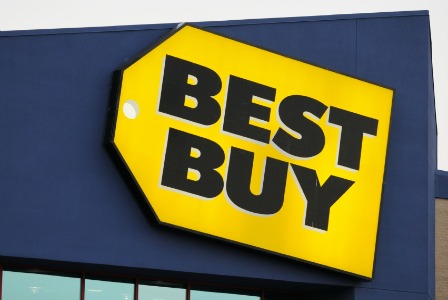 It may only be Monday, but dedicated Black Friday shoppers are already camping out at major retailers around the country.

According to ABC Channel 7 and other news outlets, people are already beginning to camp out in front of retailers such as the Best Buy in Fort Myers, Florida. And it’s not just a couple of people with blankets and sleeping bags. There are tents, mattresses, TVs, generators and more. Some of the patrons will even be making Thanksgiving dinner right there outside the store.

Some Fort Myers shoppers aren’t new to sleeping on the sidewalks in the days leading up to Black Friday. Sean Kelley and his family have been first in line at the Best Buy for the past six years. However, this year, they lost their place to the Valentin family.

Some people call them savvy shoppers, while others think the campers around the country are just crazy.

“How smart is it to miss a week’s worth of work just to save a few hundred dollars?” asks Texas mom Veronica Garcia. “You can get a lot of deals online too — and you don’t have to even leave your house.”

Though it does seem a little crazy, there are deals to be had. If you are going to be making large purchases on things such as electronics, it may be worth your time. Only you can decide how much your time is worth.

Over the years, Black Friday has slowly become Gray Thursday, with stores opening up earlier and earlier. Most major retailers, such as Best Buy, Walmart, Target and Toys “R” Us, now open at midnight or earlier. At some stores, deals start on Thanksgiving Day in the evening, cutting into holiday and family time. Walmart has doorbuster specials starting at 8 p.m. Sears and Kmart do the same, with Target starting an hour later at 9 p.m. on Thanksgiving evening.

No matter when you start your Black Friday shopping, arm yourself with a game plan and some research. Don’t be tempted to impulse-buy — no one wants to start the new year in debt.