Windows 8 launches to stellar reviews and might just convince the tech world it can finally compete with Apple and Droid. 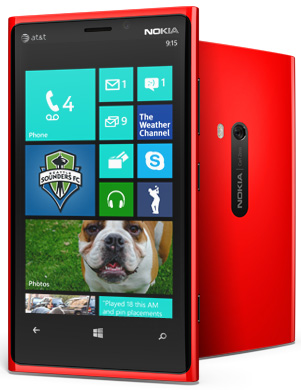 Windows 8 launches to stellar reviews and might just convince the tech world it can finally compete with Apple and Droid.
Microsoft announced its Windows 8 phone in June 2012 after test-marketing in Asia back in 2010.

November 2012 marks the launch of the Windows 8 phone in the U.S., and the tech industry reviews are glowing at Microsoft’s latest attempt to compete with Apple’s iOS and Google’s Droid. Given the buzz surrounding the Windows phone, we thought a little rundown of Microsoft’s mobile operating system would be helpful. (The Windows 7 phone was released in 2010 but failed to garner the same attention as its successor, Windows 8).

Even though I am an avid Apple consumer, Droid remained popular in my field of vision. I had absolutely no idea Microsoft was working to pull out all the stops on its third version of its mobile software, Windows Phone. Windows 8 is based around an awesome design concept called Metro, which is a simple but powerful typeface that welcomes and guides users through the Windows phone apps. (Metro is also a feature of Microsoft’s desktop and laptop software.)

Always in charge: How to keep your mobile devices charged up >>

Microsoft releases Windows 8 phone to Verizon, AT&T, and T-Mobile with the HTC and Nokia Lumia 820. Manufacturers include HTC and Nokia. All the phones with Windows 8 are sleek rectangles with touch screens — extremely similar to Apple’s iPhone.

Sleek screen with simple icons on the home screen directing you to your phone, music, email, or other apps. Microsoft describes the home screen with the phrase, “You are what you pin” and followers of Pinterest will appreciate the relationship between the beautifully designed Windows 8 home screen and the intuitive flow of a Pinterest board.

Bright and fun color combinations. The phone definitely has personality. This goes back to Microsoft’s whole Metro design concept. And really, for consumers who aren’t into Apple’s iPhone, the Windows 8 phone seems like a great alternative without sacrificing design and intuitive features.

However, one thing is undeniable and that is the link to Apple’s iPhone. Maybe Apple just raised the bar in terms of design. But with the introduction of Windows Stores across the U.S. a few years ago and obvious connection to Apple’s advertising style — see for yourself in the commercial below — it seems Microsoft took the simplicity of Apple and infused it with a bit more vibrancy for mass consumption.

Regardless, the Windows 8 phone is sure to be a major competitor within the smartphone market and the U.S. release of Microsoft’s Windows 8 was a long time coming. I was pleasantly surprised at the design of Windows 8, and it seems the tech industry buzz will no doubt propel the Windows 8 into early interest from consumers. Maybe the Windows 8 phone can catch up the Apple’s iPhone after all.

Check out the commerical below from Microsoft introducing the Windows 8 phone to consumers.

Are you excited about the new Windows 8 phone? Share in the comments below!

This Secret Store Is Full of The Cutest (& Affordable!) Holiday Decor — & All Of Our Picks Are Less Than $50