The beautiful and talented Jenna Dewan-Tatum may have cut her teeth on the romantic dance flicks Take the Lead and Step Up, but she’s about to break into a whole new fan base when she steps into the role of Teresa on Ryan Murphy’s American Horror Story: Asylum. 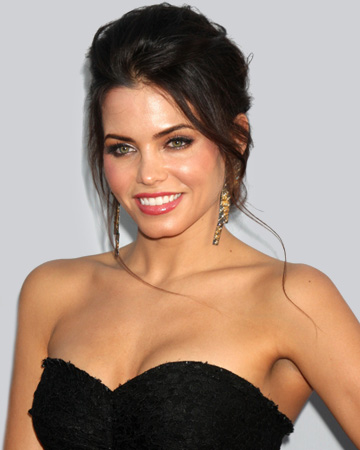 SheKnows recently sat down with the actress to discuss working with Adam Levine on American Horror Story, how she keeps her skin so flawless and what it’s like being married to Channing Tatum.

SheKnows: I can’t tell you how many times I’ve seen Step Up because my wife loves it. (Laughs)

Jenna Dewan-Tatum: Aww, thanks! I get that a lot. A lot of guys say, “My wife or my girlfriend made me watch it, but I gotta say it was kind of really good!” (Laughs)

SheKnows: How did you first come to land your role on American Horror Story?

JDT: I just actually got a call from my agent that they were auditioning girls for this role, so I went in and chemistry-read with Adam Levine, who was already cast, and then got the call that I got it. It was just like a normal audition process.

SheKnows: Had you seen the first season before you were cast or were you just a Ryan Murphy fan in general?

JDT: Yes. I was a big fan of American Horror Story because my friend Kate Mara (who is on the first season) has been a great friend of mine for a while, so I watched it because of her, but then I got so into the show that I kept watching. So when I heard about this audition, I thought, “Oh my God, this would be a dream!”

SheKnows: You’re working alongside Adam Levine who is kind of breaking into acting for the first time. What was that like? Did you have to give him any tips?

JDT: No, he was fantastic! I mean, he’s obviously such a great performer, and, I think a lot of that really helps when you move into acting, but he was really natural and really great. He just had so much natural ability. I was really impressed. I didn’t have to tell him anything. Basically, I think he was more just having fun with it and I think this is a really exciting time for him to be able to work on such a great show and get his feet wet in acting. He did a really great job. We had a blast. We ended up becoming good friends and we just laughed a lot. We were doing such heavy, intense stuff that you just have to kind of play around in between takes to keep your sanity.

SheKnows: Are you campaigning to get Channing a guest spot at some point?

JDT: (Laughs) No, no. Channing is so busy. I don’t even think he would have the time.

SheKnows: Your skin in flawless! What is your daily beauty or skin care routine?

JDT: I use a slew of products — probably about 10 products — that I do at night and in the morning. I’m very religious about skin care. I generally use Dr. Lancer’s line of products. It always keeps my skin clear and even and [is good for] anti-aging. All that stuff. But I also really love argan oil, which is Moroccan oil from Josie Maran. I slather that on every night, especially when I travel, and I think it really helps my skin stay moist and moisturized. 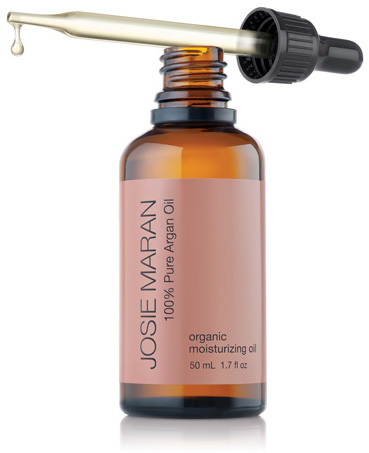 SheKnows: I’m a big fan of Josie as well. I love her work and it’s nice to see her break into the cosmetics business.

JDT: Her makeup and her skin care line are incredible.

SheKnows: Would you consider that your can’t-live-without-it skin care product?

JDT: Moisturizer is just my can’t-live-without. I can’t go anywhere without having moisturizer on and I love her argan oil, so yeah the last couple of years I’ve been addicted.

SheKnows: How do you highlight your favorite feature, whether it’s your eyes, lips, cheeks or anything else?

JDT: I normally pick one. I either go for a more intense eye or an intense lip color. Generally, if I do an eye, I do a smoky eye or I do a little shimmer of color on my eyes to help bring out the green color. If I don’t, then I do a clean eye with a red lip or a plum lip. I like to highlight either eyes or lips.

SheKnows: When it’s just you and hubby hanging out at home, are you more of a made-up-ready-to-go-out girl or are you a sweatpants-and-tank-tops girl?

JDT: Oh, no, no no. When I’m at home, hanging out, I am no makeup, in sweatpants or jeans and a T-shirt. I am chilling. Unless I’m going out on the town, I am not made up.

SheKnows: I think women underestimate how sexy that can be.

JDT: Oh, yeah. I’m lucky because my husband likes me better that way anyway, so I don’t have to put that much work into it. (Laughs) Plus, I film so much and I do so many things where I’m constantly having my hair touched and tons of makeup put on that when I’m not filming or working or going out, the last thing I want to do is be putting on makeup.

Sofia Vergara dishes on her style and what’s next for Modern Family
Beauty Beat: How Ashley Greene is using beauty to empower women
The Hunger Games‘ Willow Shields dishes on fashion and film