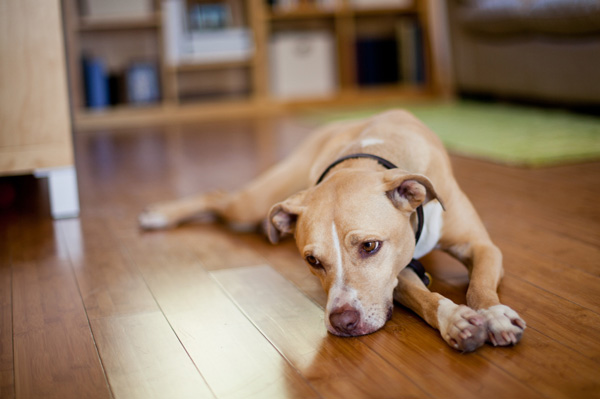 As long as dogs are on this planet, there are going to be dog bites. While there are a variety of ways to address this issue, one of the more heated topics, as of late, is breed-specific legislation, or BSL for short. The blanket term aims to decrease dog bites by banning certain breeds as a whole from specific communities, cities and states.

What dogs are targeted? Here are just a few on the ever-growing list: rottweilers, American Staffordshire bull terriers (“pit bulls”), Chow Chows, German shepherds, Doberman pinschers and some dogs that resemble these breeds.

We can all agree that we need to work together to minimize dog bites, but is BSL the way to go? The overwhelming majority says absolutely not. Emily Gear, founder, executive director and president of the rescue organization Louie’s Legacy, weighed in on the controversial issue. BSL is not the answer and “the only way to actually address dog bites and attacks is to a) educate people on responsible pet ownership and b) address dogs who actually are vicious and especially their owners — not an entire breed,” says she.

Here are just a few of the problems that stem from BSL:

Here are some facts on dog attacks. Do any of the stats surprise you?

More than 70 percent of all dog bites involve unneutered males.

A chained or tethered dog is 2.8 times more likely to attack than a dog who is not restrained in this way.

78 percent were kept not as pets, but instead for image enhancement, guarding, breeding or fighting.

84 percent were owned by reckless owners. Their dogs were neglected or abused, not treated humanely or permitted to interact with kids unsupervised.
Read the full report from the ASPCA here.

First and foremost, be a model pet owner. Keep your dog on a leash at all times, make sure he’s trained in at least basic obedience and is well-socialized. Emily Gear weighs in and says, “Being the pack leader for any naturally dominant breed is important… A responsible owner educates him or herself on the breed and properly trains and socializes the dog from day one, so the dog becomes happy, healthy, social and well-adjusted — a good canine citizen. This is the best way to change public perception: By having positive experiences with your bully breed, people learn that most of the time, it’s up to the owner to make the dog who he or she is.”

And if you want to adopt a bully breed in a BSL area? First, don’t adopt until you move, says Emily Gear. “Better yet, become part of the movement to fight it,” she says. “But knowingly bringing a banned pet into a BSL area puts you and your pet in grave danger. Your pet may even lose its life.”

But not all hope is lost. According to the ASPCA, states such New York, Illinois and Texas favor breed neutral laws and focus on legislation that monitors dangerous canines individually, regardless of the breed. Sounds like a better idea to me.

Have you been affected by breed specific legislation? Share in the comments below!

46 mins ago
by Tamara Kraus