Owning a cell phone is a huge responsibility — especially for growing minds. The relationship your child has with their cell phone now will form the way they communicate for the rest of their lives. Here’s how to keep them safe and out of trouble. 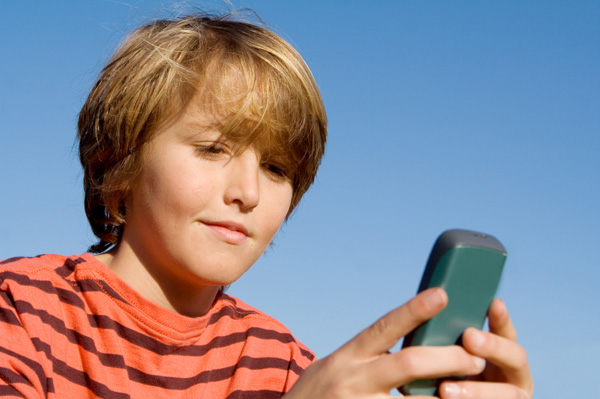 No texting while driving

It might not be innate in teens that texting and driving can be harmful, but more stories of teens being killed while texting and driving are making their way to the news every day. It’s time to start a no-texting-while-driving revolution. Don’t let your child become a news story. Discuss with them the dangers of distracted driving, and let them know the consequences if they break your no-texting-while-driving rule.

Smart phones come with all of the power of the internet — good and bad. Social media is something that didn’t exist when your generation was coming up, so it’s difficult to understand the full scope of the consequences of a few words on a screen. However, the things your child writes on Facebook and Twitter could come back to harm them down the road. Tell them not to say anything on social media that they wouldn’t say directly to someone else’s face.

Photos and the internet

Just like scandalous status updates, photos that have been texted or put on the internet are never really private. The recipient can keep them for their personal use or save them to share with hundreds of friends. Tell your teen to assume that what is sent to another person will be seen by someone else. Twenty years from now those same photos could resurface during a run for office or job interview. Don’t let your teen’s irresponsible actions now come back to bite them in the future.

Way back when, it was easy to monitor who was talking to whom. If someone wanted to call the house, they’d have to deal with another member of the family answering (and thereby screening) their calls. Cell phones surpass all of that, plus they give teens the option to talk in silent secrecy via text. Tell your child that talking to anyone they don’t know — especially someone they’ve met online — is unacceptable and can lead to dangerous consequences.

Kids and cell phones: What you need to know
Lessons all teens should know about texting
Warning signs of cell phone misuse