When we see celebrities involved in charities, some eyebrows raise and ask the classic question: is this all for their image? Before jumping on their support wagon or passing on the opportunity altogether,  it’s important for us to know the facts. 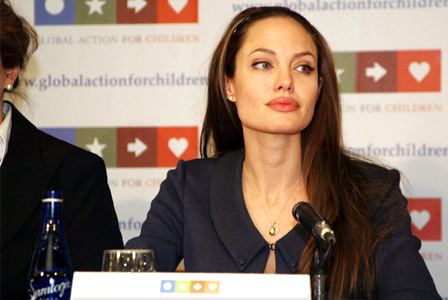 Kim Kardashian admitted earlier this year that only 10 percent of proceeds from an auction she was promoting for eBay Giving Works went to charity — meaning she pocketed the other 90 percent (for Birkins, maybe? We’ll never know.). Then on the flip side, there’s Taylor Swift, who recently debuted her beautifully written and moving song Ronan — a chart-topping single (currently number one on iTunes) about a 3-year-old boy who lost his battle to cancer. She gave a tear-jerking performance at the Stand Up To Cancer telethon and announced via Twitter that all proceeds would go to cancer-related charities.

As a celebrity-loyal and media-influenced generation, how can we decide which causes to donate our time and money to while joining those celebs we love so much in their efforts? We went to CEO of the National Philanthropic Trust and philanthropy expert Eileen Heisman for some insight on the power of celebrity giving and how to let them influence our personal philanthropy in a meaningful way.

“I think the real test of time is how sustained the celebrity’s interest is,” says Heisman on spotting a celebrity with a thirst for image-boosting. Pay attention to how large their donations are and how they are leveraging other people, she advises. To Heisman, Sean Penn and his philanthropic efforts for Haiti don’t seem self-serving, as they have been sustained and constant. Brad Pitt and Angelina Jolie are also high on her list for having accomplished some very admirable philanthropic feats. Paris Hilton, on the other hand, tends to make appearances for singular causes and then disappear from efforts, she points out.

“When you see people hanging in there over time and staying focused on it, my guess is it’s probably a true interest rather than a one-time deal,” says Heisman. 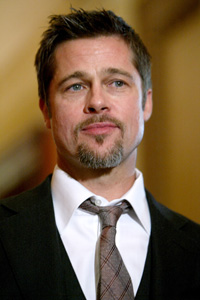 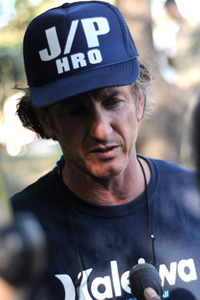 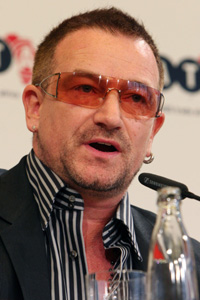 She encourages taking the time to do your homework and research the causes and charities that celebs are backing. Even when watching telethons such as Idol Gives Back or the Stand Up To Cancer, ask yourself who organized these events and if your money is going to the right place. These two examples have amazing teams behind the scenes planning, researching and ensuring donations go to good. Still, ease your skepticism with your own research.

The concept of celebrities conspicuously giving and fundraising isn’t a trend, and they certainly haven’t all decided to jump on the giving bandwagon at once.

Many celebrities, CEOs and politicians have been using their media exposure for decades to bring causes close to them to light. It was the lovely Dior-darling, Audrey Hepburn, who took UNICEF to new heights when she became a goodwill ambassador. Television actor Danny Thomas changed the lives of children forever when he found St. Jude Children’s Hospital in 1962. Bono has been at the forefront of humanitarian movements since the ‘80s, and has sustained interest and efforts for almost three decades.

Give where your heart is

Regardless of how big of a George Clooney fan you are, before you jump on board with his charities or any other, ask yourself one thing: is this what matters to me?

Most of us can’t give to every charity we see, and often times the areas of need that matter most to us aren’t always the ones getting the most public attention. Fortunately, Americans are notably philanthropic regardless of celebrity attachment, Heisman says. At the end of the day, we as individuals have the biggest impacts on charities, causes and change. An astounding 82 percent of $300 billion given every year is by individuals and not corporations, Heisman said.

“Celebrities are in and out but Americans are really in a consistent giving pattern,” she explained.

Heisman encourage us to do our homework, choose something that deeply matters to us and attach ourselves only to those people and celebrities who understand.

“Take a deep breath before you act on it.”