The iPad isn’t the only tablet out there. If you are looking for a tablet for your child — whether he is in preschool or high school — you have a number of terrific options. 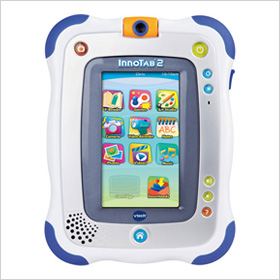 Designed for kids as young as 5 years old, the InnoTab 2 Learning App Tablet ( VTech Kids, $80) comes packed with goodies, including an MP3 player, e-reader, photo viewer and microphone. With more than 200 custom apps available, kids will have hours of fun playing and learning with this tablet. 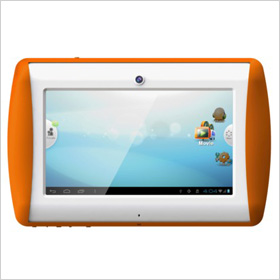 This new tablet features a 7-inch touchscreen and Android 4.0. The MEEP! Kids Tablet (MEEP Tablet, $150) has built-in Wi-Fi and comes with remotely-controlled parental software to keep kids safe on the internet. Add-on accessories turn this tablet into anything from a drawing pad to a musical instrument. 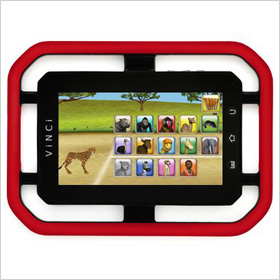 The VINCI Tab II (Toys R Us, sale: $200) is able to grow right alongside your child. Its VINCI Curriculum teaches more than 40 subjects and automatically increases in difficulty as the child masters the subjects. Unlike most kids’ tablets on the market, this one is specially designed to teach children with a step-by-step process. 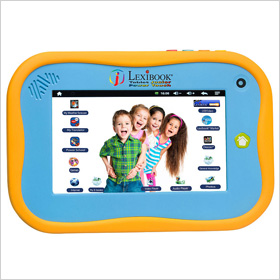 The Lexibook Junior Tablet (Toys R Us, preorder: $150) offers both educational content and an entertaining gaming platform. Lexibook has many custom apps that work perfectly on this tablet, including the Lexibook Coloring App and the Lexibook Power School App. When it comes to games, the tablet’s extremely responsive features make it a favorite with kids of all ages. 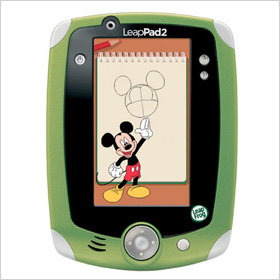 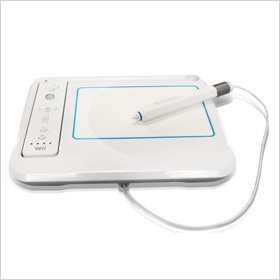 The uDraw Gametablet with uDraw Studio (Amazon, $40) is available for the Wii, PlayStation 3 or Xbox 360. This tablet unleashes the natural artist in children. It comes with three modes — Art School, Art Play and Art Camp — that each require a lot of practice to master. The uDraw Gametablet is advanced enough to even teach parents a thing or two. 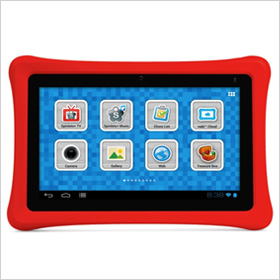 The Fuhu Nabi2 (Amazon, $200) claims to be more powerful than the iPad, quicker than the Kindle Fire and more advanced than the LeapPad. Cool features include unlimited streaming of children’s television, automatic cloud storage and one-touch software updates. The Nabi2 comes with 8 GB of data storage, with the ability to expand to 32 GB. 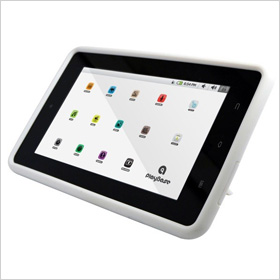 The PlayBase Plus (Play-Base.com, $229) is a very safe tablet — in multiple ways. Kids can only play apps that are individually approved by parents. Also, this tablet is built with medical-grade silicon and a bacteria-resistant seal that limit the spread of germs. 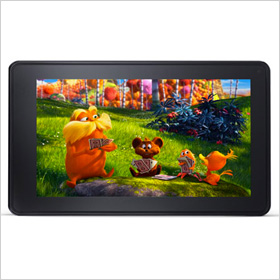 Kids love apps. When it comes to apps, the Kindle Fire (Amazon, $199) is in a league of its own. Not only does it have a library with a ton of apps, those apps are easy to download and even easier to access. While the Kindle Fire isn’t marketed as a kids’ tablet, most young children are quickly able to figure out how to use this most intuitive tablet — plus it’s a great choice for teens. Also look for the new Kindle Fire HD. 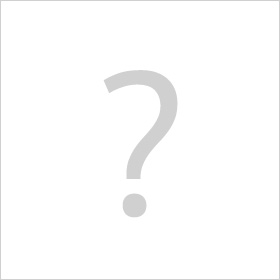 While it’s still just a rumor, many believe that Apple will eventually release an iPad Mini very soon. With a price tag less than $300, the iPad Mini could quickly become a hot seller. For children, a regular-sized iPad is sometimes too overwhelming. However, an iPad Mini could become the perfect toy for the techie kid.

Tablets for tots: Lazy parenting?
Top 6 Educational gadgets for kids
When to use electronics for learning