The Humane Society of the United States estimates that 3 million to 4 million dogs and cats are adopted from animal shelters each year in this country alone. But are you getting the full picture when you adopt a pet? 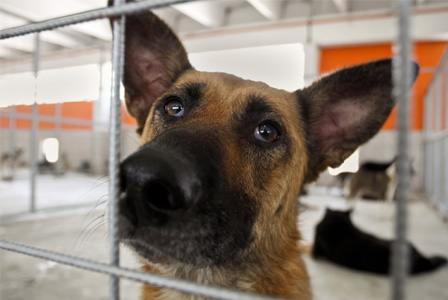 Here’s what the animal shelter might not be telling you.

The truth about an animal’s past

While not intentionally deceptive, animal shelters don’t always have a clear picture of each animal’s past. If an animal was found on the street or if the owner who surrendered him wasn’t honest with the shelter due to their own shame, it’s impossible to know what an animal has been through. Shelters do their best to assess an animal’s temperament and needs to find a suitable home, but they do so with limited information in many cases.

If your dog is big and black, he’s probably not going to get adopted regardless of how sweet he is. Add the fact that he’s a “bully” breed and forget about adoption at all. Emily Gear, founder, executive director and president of Louie’s Legacy, a rescue organization, sadly confirms this is often the case. “I think brown, red and yellow dogs appear to have softer eyes and expressions,” she explains. “I think people often look for a ‘connection’ and you can’t always see black dogs’ faces as well in a dark shelter, so they are overlooked.”

It’s easy to assume that an animal is at a shelter due to aggressive behavior or another undesirable trait, but that isn’t always true. In many cases, pet owners have unrealistic expectations regarding what it takes to care for a pet. Money and time are two major factors that must be considered when deciding to get a pet, and when one or both is not available, pets often end up in a shelter for those reasons alone. As for a dog’s behavior? Gear points out that “we do find dogs with behavioral issues in shelters also — and rarely is it because the dog is bad. Often it’s because the previous owner had no idea what he or she was doing and cultivated habits in the dog that the owner was too ignorant or lazy to fix.” Her tip? See a trainer instead of surrendering your pet!

Fact: There’s a 60 percent chance that a surrendered dog will never find a new home and will be euthanized instead. And if it’s a purebred? Doesn’t matter. Approximately 25 percent of dogs dumped at shelters are purebred. (Source ASPCA)

While many of the country’s shelters do an amazing job, others take the cheapest route although the animals are the ones who suffer. Horror stories such as pets being given half doses of vaccines, not vaccinating at all, foregoing pain meds entirely and euthanasia without a tranquilizer first are some of the things going on behind the scenes that the public seldom hears about. Gear says that like rescue groups, every shelter operates differently. “Rescues can be just as bad. [Louie’s Legacy] is one of many who provide literally thousands of dollars of care to animals who need it, but not all are as thorough in that respect,” she explains.

Did anything on this list of what animals shelters may not tell you come as a surprise? Share in the comments below!